What does Rowan mean?

[ 2 syll. ro-wan, row-an ] The baby girl name Rowan is also used as a boy name, and it is more frequently a boy name. It is pronounced in English as ROW-ahN †. Rowan's language of origin is Celtic and Old English. It is predominantly used in English and Scottish. From Celtic roots, its meaning is 'little ruddy one, little red-haired one'. It is derived from the word ruadh which is of the meaning 'red'. See Rowan for more information.

In addition, Rowan is a form of the English, German, and Welsh Rowena.

Rowan is a popular baby girl name, and it is also regarded as trendy. The name has been growing in popularity since the 2000s; prior to that, it was of only very modest use. Its usage peaked recently in 2018 with 0.078% of baby girls being named Rowan. It was #211 in rank then. Among all girl names in its family, Rowan was the most frequently used in 2018. In the last century Rowan has primarily been a boy name. In 2017, 87% more boys than girls were given the name Rowan. 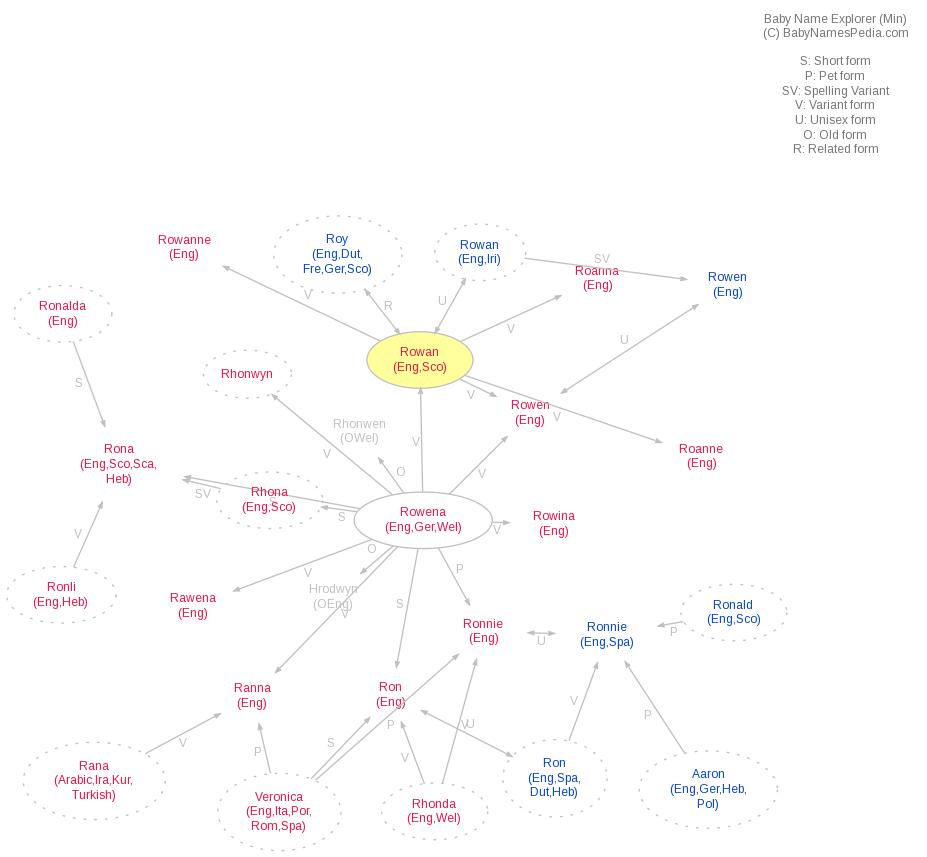