What does Roxane mean?

[ 2 syll. ro-xa-ne, rox-ane ] The baby girl name Roxane is pronounced in English as RaaK-SAEN or in French as RowK-SAEN †. Roxane's language of origin is Old Persian. It is predominantly used in English, French, and Greek. Roxane is an Old Greek, English, French, and Greek spelling variant of the English and French Roxanne and a form of the English, German, and Spanish Roxana.

Roxane is an unusual baby girl name. Its usage peaked modestly in 1956 with 0.015% of baby girls being named Roxane. It was #528 in rank then. The baby name has experienced a steep decline in frequency since then, and is of only sporadic use now. Among all girl names in its family, Roxane was nevertheless the most widely used in 2018. 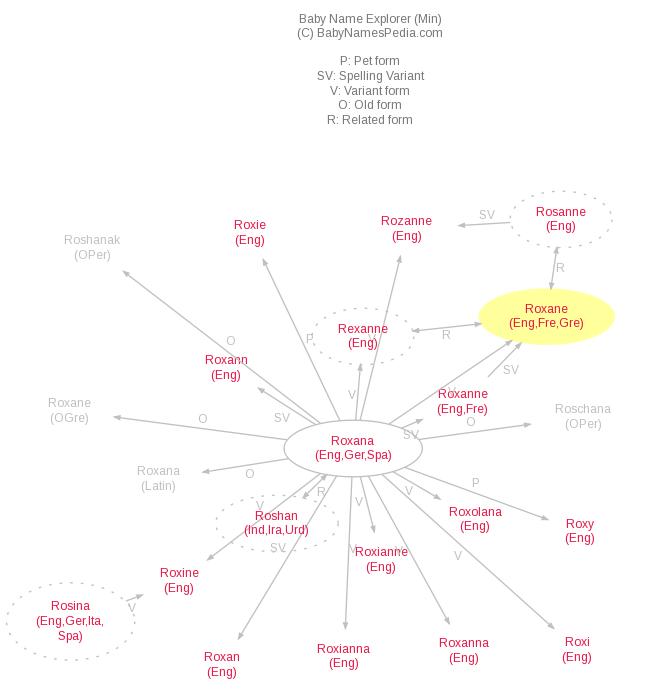