What does Royal mean?

[ 2 syll. ro-yal, roy-al ] The baby boy name Royal is also used, but less frequently, as a girl name. Its pronunciation is R-OYaeL †. Royal is largely used in the English language, and it is derived from English and Old English origins. English origin: Its meaning is derived literally from the ordinary word 'royal'.

In addition, Royal is a variant spelling of the name Royle (English).

Roial, Royale (English), Royall, and Royell are variants of Royal.

Roy (Dutch and English contraction) is another variant of Royal.

Royal is fairly popular as a baby name for boys, and it is also viewed as fairly trendy. The name's popularity has been increasing since the 2010s. At the modest height of its usage in 2016, 0.033% of baby boys were given the name Royal. Its ranking then was #460. In 2018, its usage was 0.031% and its ranking #483, and it was the most popular within all boy names in its group. In 2018, Royal was more widely used than the subsequent ranked name, Roy, by 18% . Royal has in the past century been predominantly given to baby boys. In 2017, 31% more baby boys than girls were given the name Royal. 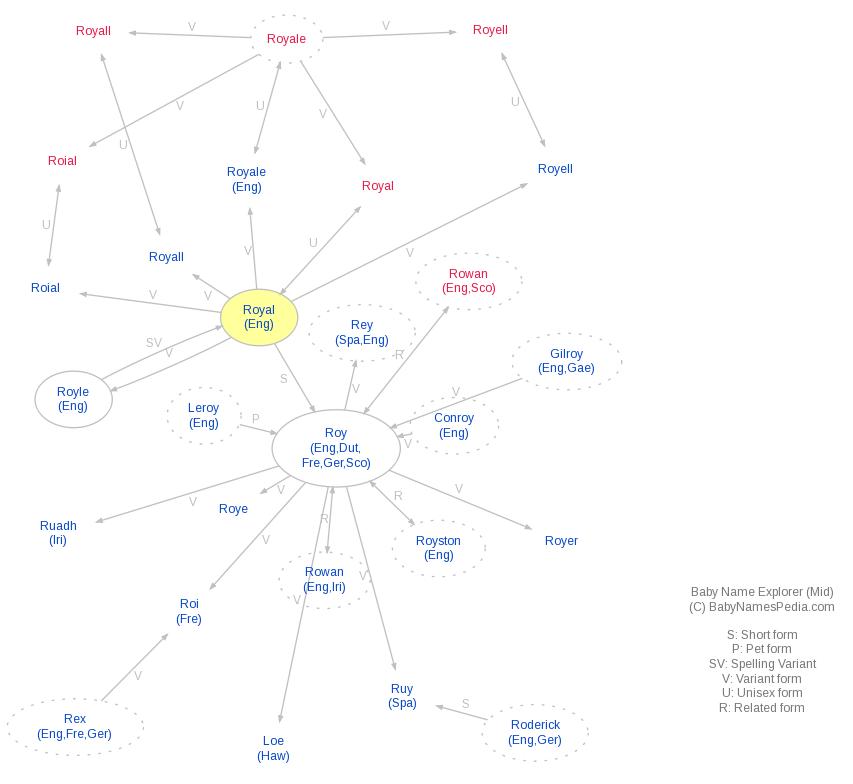