What does Royston mean?

[ 2 syll. roy-(s)ton, ro-yst-on ] The baby boy name Royston is pronounced as R-OYZTahN †. Royston is used predominantly in English and its origin is Old English. Royston's meaning is settlement of Royce; son of Royce. It is from the element 'tun' which is of the meaning town, settlement, homestead. The name is derived from the surname, itself from the English place name in Hertfordshire known in medieval times as 'settlement of Royce'. The name could also be of the meaning 'son of Roy'. The given name was first adopted in the 18th century, and it has been widely used by British West Indians.

Royston is an uncommon baby name for boys. It is not listed within the top 1000 names. In 2018, out of the group of boy names directly related to Royston, Royce was the most frequently used. 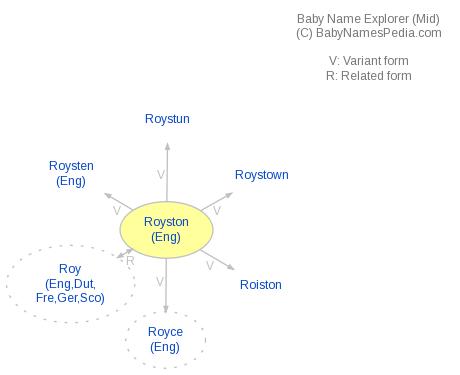