What does Rudolph mean?

[ 2 syll. ru-dol-(p)(h), rud-o-lph ] The baby boy name Rudolph is pronounced RUW-DuhLF †. Rudolph is of Germanic origin and it is used mainly in English. The name Rudolph means 'famous wolf'. It is a two-element name from hruod and wulf with the meanings 'fame' and 'wolf' respectively. Hrodwulf (Germanic), Hruodolf (Germanic), and Rudolphus (Latinized) are old forms of the name. The name is derived form Rudolphus, itself Latinized from the Germanic Hruodolf. As a family name, it was borne by many members in the ruling house of Habsburg, such as Rudolph I (1218-1291), and Holy Roman Emperors such as Rudolf II (1552-1612). It was first introduced to England from Germany in the 19th century, and popularized by Anthony Hope's successful adventure tales The Prisoner of Zenda (1894) and Rupert of Hentzau (1898), which feature a main character named Rudolf. The name later received another popularity boost from the fame of the Italian silent-movie actor and pop icon Rudolph Valentino (Rodolfo d'Antonguolla, 1895-1926). It was later brought to public attention by the Christmas song Rudolph the Red-Nosed Reindeer (1964), which has probably not increased the adoption of the name.

Rudolph is rare as a baby boy name. At the modest peak of its usage in 1927, 0.145% of baby boys were named Rudolph. It had a ranking of #111 then. The baby name has fallen out of favor since then, and is of only sporadic use now. Out of the family of boy names directly related to Rudolph, Rudy was the most popular in 2018. 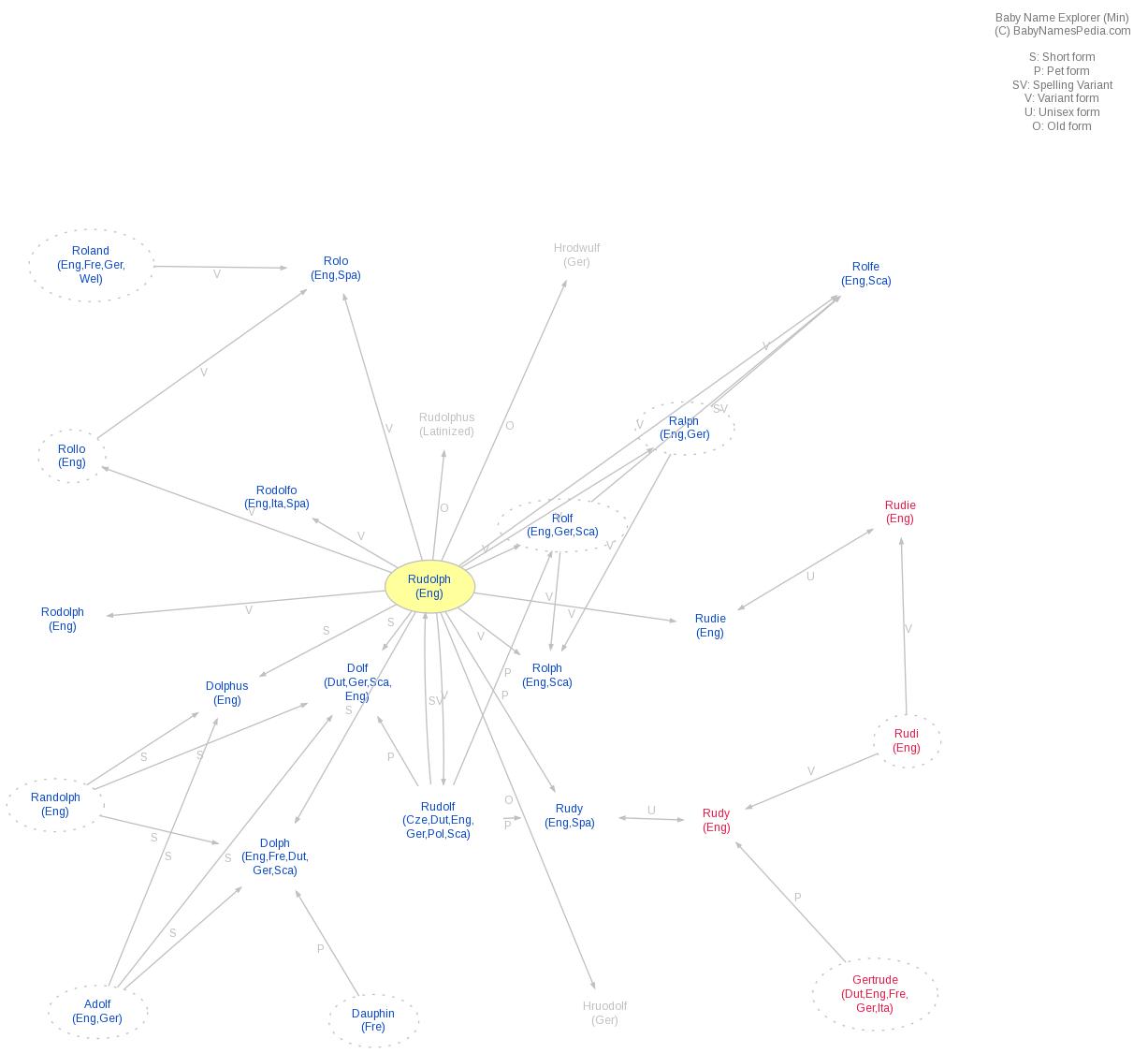