What does Rudy mean?

[ 2 syll. ru-dy, rud-y ] The baby boy name Rudy is also used as a girl name, but it is much more common for boys. Its pronunciation is RUW-Diy- †. Rudy is largely used in the English and Spanish languages, and it is derived from Germanic origins. Rudy is an English and Spanish diminutive form of the name Rudolf (Czech, Dutch, English, German, Polish, and Scandinavian) as well as a diminutive form of the name Rudolph (English).

Rudy is a classic favorite. Currently it is still somewhat popular as a baby name for boys, though it was in more widespread use before. The name's popularity rose from the 1900s up to the 1930s. At the modest peak of its usage in 1934, 0.044% of baby boys were given the name Rudy. It ranked at #245 then. The baby name has since experienced a loss in popularity. In 2018, its usage was 0.014% and its ranking #822, but it was nonetheless the most popular out of all boy names in its group. Rudy has mostly been a baby boy name in the past century. 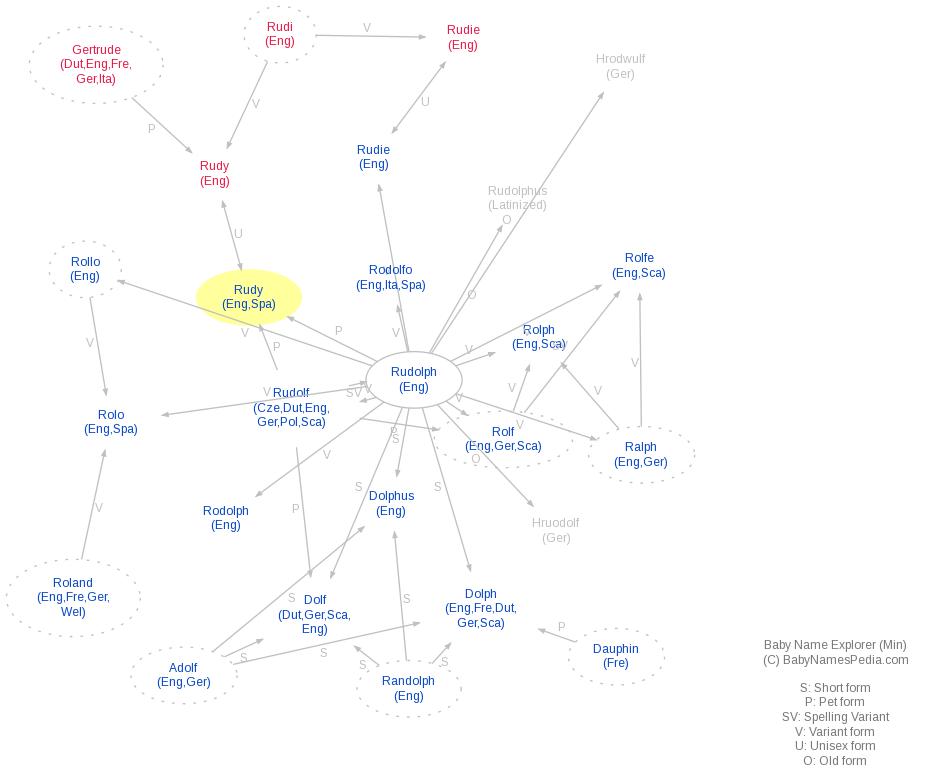