What does Russ mean?

[ 1 syll. rus(s), ru-ss ] The baby boy name Russ is pronounced as RahS- †. Russ is used mostly in English, and it is of Old Persian, Old French, and Old English origin. Old French origin: The given name could in some cases be derived from the surname, which is itself from the Old French 'rous'.

In addition, Russ is a derivative (English) of the English and Iranian name Cyrus.

Russ is also a shortening (English) of the English, Irish, and Scottish name Russell.

Russ is also a derivative of the English name Ruston.

The origin and meaning of the name Russ is inherited by all variant forms.

Russ is a rare baby name for boys. At the modest peak of its usage in 1959, 0.016% of baby boys were named Russ. Its ranking then was #425. The baby name has since steeply dropped in popularity, and is currently of irregular use. In 2018, out of the group of boy names directly related to Russ, Cyrus was the most popular. 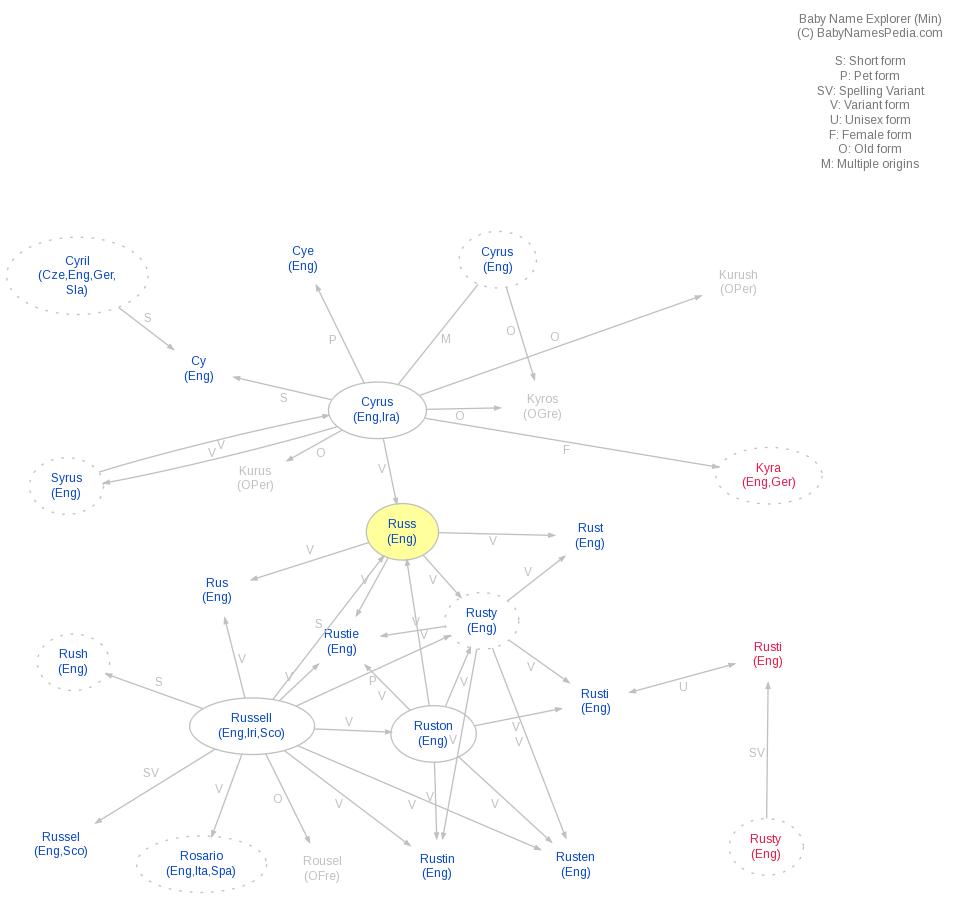