What does Ruta mean?

Ruta has its origins in the Lithuanian language and it is also used largely in Lithuanian. The meaning of Ruta is 'rue herb'.

Ruta is of Sanskrit origin and it is used mainly in Indian. Here, it means 'hearing; reputation'.

Ruta is a variation of Rue (English).

Ruta is also a variation (Lithuanian and Polish) of Ruth (English, German, and Scandinavian).

Ruta is not often used as a baby girl name. It is not in the top 1000 names. Among the family of girl names directly related to Ruta, Ruth was the most commonly used in 2018. 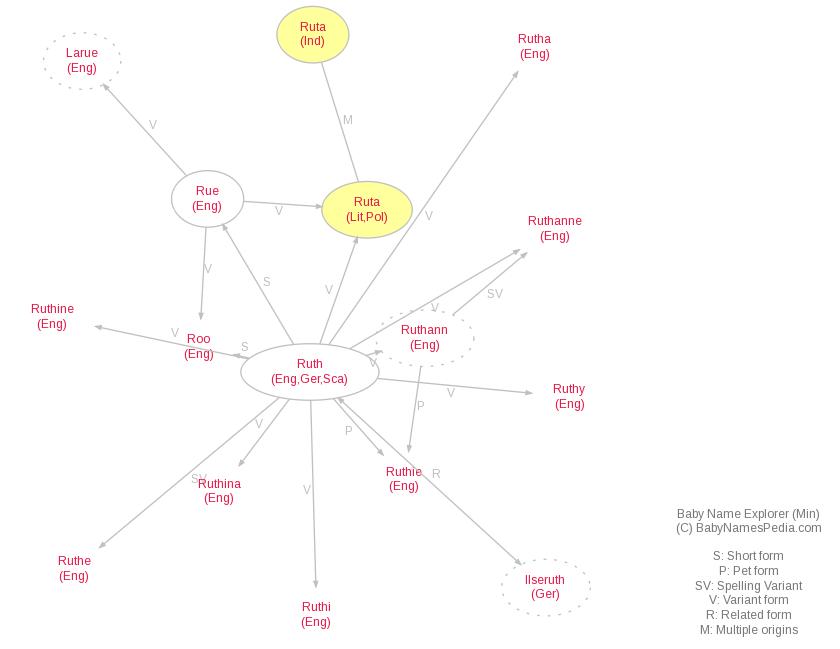