What does Sabra mean?

Sabra is mainly used in the English and Hebrew languages, and it is of Hebrew origin. The name is of the meaning thorny cactus. The meaning refers to a native Israeli fruit which is edible but prickly. The name has sometimes been bestowed upon a native-born Israeli.

Sabra's language of origin is Hebrew. Here, it means 'restful'.

Sabra is unusual as a baby girl name. Its usage peaked modestly in 1961 with 0.007% of baby girls being given the name Sabra. It was #855 in rank then. The baby name has experienced a decline in popularity since then, and is of only irregular use now. In 2018, among the family of girl names directly linked to Sabra, Sabrina was the most commonly used. 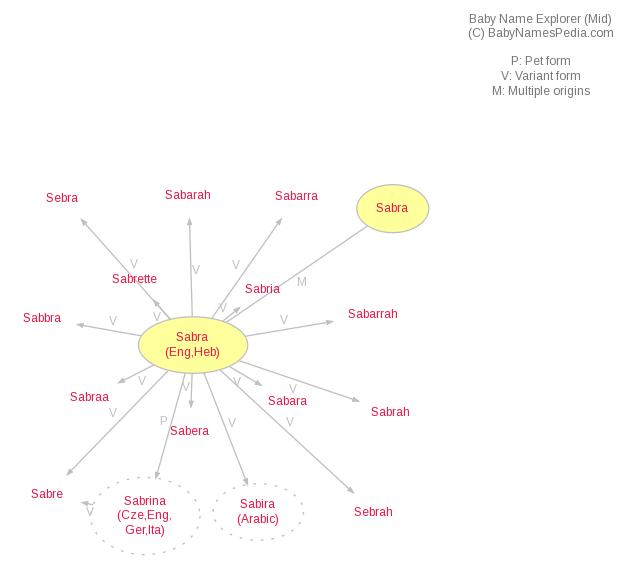