What does Sade mean?

[ 2 syll. sa-de, sad-e ] The baby girl name Sade is pronounced as SHAA-DEY †. Sade's language of origin is African-Yoruban and it is used mainly in the Yoruban language. The name could be derived from the name of the Sade clan in Western Somalia. The first name is known from the singer-songwriter Sade Adu (Helen Folosade Adu, 1959-) of the award-winning group Sade.

Sade is a contraction of Folosade (Yoruban).

Variant forms inherit the origin and meaning of Sade.

Sade is unusual as a baby name for girls. Its usage peaked modestly in 1986 with 0.068% of baby girls being given the name Sade. Its ranking then was #212. The baby name has since experienced a marked drop in popularity, and is of only sporadic use now. Among all girl names in its group, Sade was nonetheless the most regularly used in 2018. 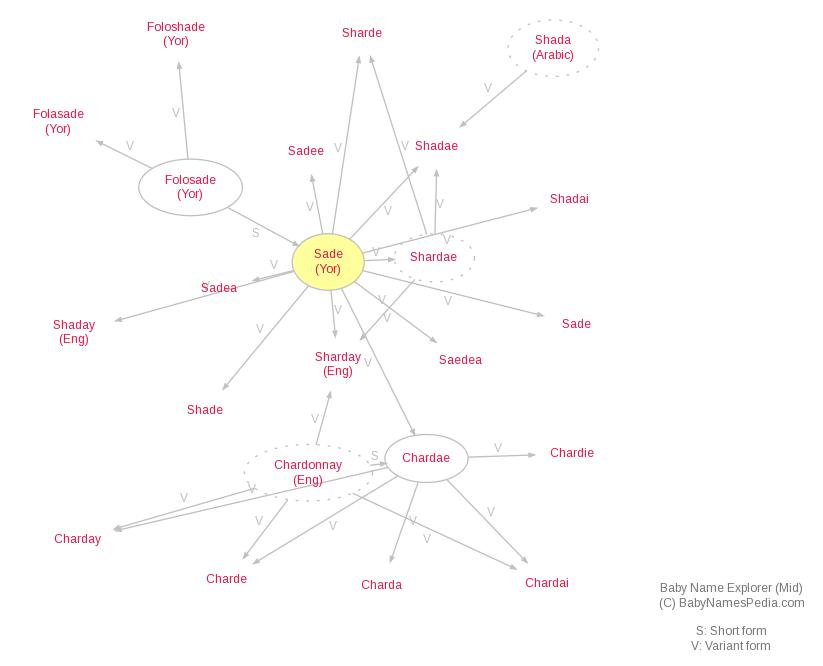