What does Saffron mean?

[ 2 syll. saf-fron, sa-ffr-on ] The baby girl name Saffron is also used as a boy name. It is pronounced SAAFFRahN †. Saffron is of English origin and it is also used mainly in English. Its meaning is literally from the ordinary word saffron. This is derived from the name of the saffron crocus flower, from which is harvested the spice and dye known for its yellow-orange color and its aroma. The first name has been used by English speakers only since the mid-20th century, possibly made popular by Donovan's song Mellow Yellow (1966) about a girl named Saffron.

Saffron is uncommon as a baby girl name. It is not in the top 1000 names. 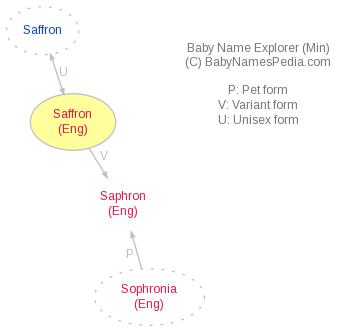