What does Saga mean?

[ 2 syll. sa-ga, sag-a ] The baby girl name Saga is also used as a boy name. It is pronounced SAAGAH †. Saga is of Old Norse origin and it is used mainly in Scandinavian. The meaning of Saga is 'seeing one'. The name was borne in Norse mythology by a goddess and companion of Odin; she is sometimes identifed as the chief goddess Frigg, the wife of Odin.

Forms of Saga include the names Sagah and Sagga. 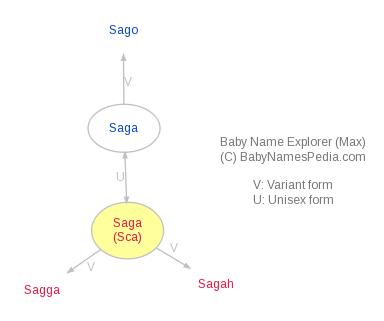