What does Samantha mean?

[ 3 syll. sa-man-(t)ha, sam-an-tha ] The baby girl name Samantha is also used as a boy name, though the use for girls is far more popular. It is pronounced as Saa-MAEN-THaa †. Samantha's language of origin is English. It is predominantly used in English, French, and German. The name is of disputed origin; it most likely evolved from the combination of Sam with an invented feminine suffix '-antha', perhaps under the influence of Anthea. It was first used in the southern states of the US in the 18th century, especially by Afro-Americans. It became more widespread among general English speakers by the mid 20th century. The name was popularized by the song 'I Love you, Samantha' from the movie High Society (1956); it was written by Cole Porter and introduced by Bing Crosby.

What are the Variant Forms of Samantha?

Samantha is a popular baby girl name. The name increased in popularity from the 1960s up to the 1990s. Its usage peaked in 1991 with 1.262% of baby girls being named Samantha. It was #5 in rank then. The baby name has experienced a decline in frequency since then. In 2018, it ranked at #60 with a usage of only 0.211%, but it was nevertheless the most popular among all girl names in its family. In the last century Samantha has primarily been a baby girl name. In 1989, 215 times more baby girls than boys were given the name Samantha. 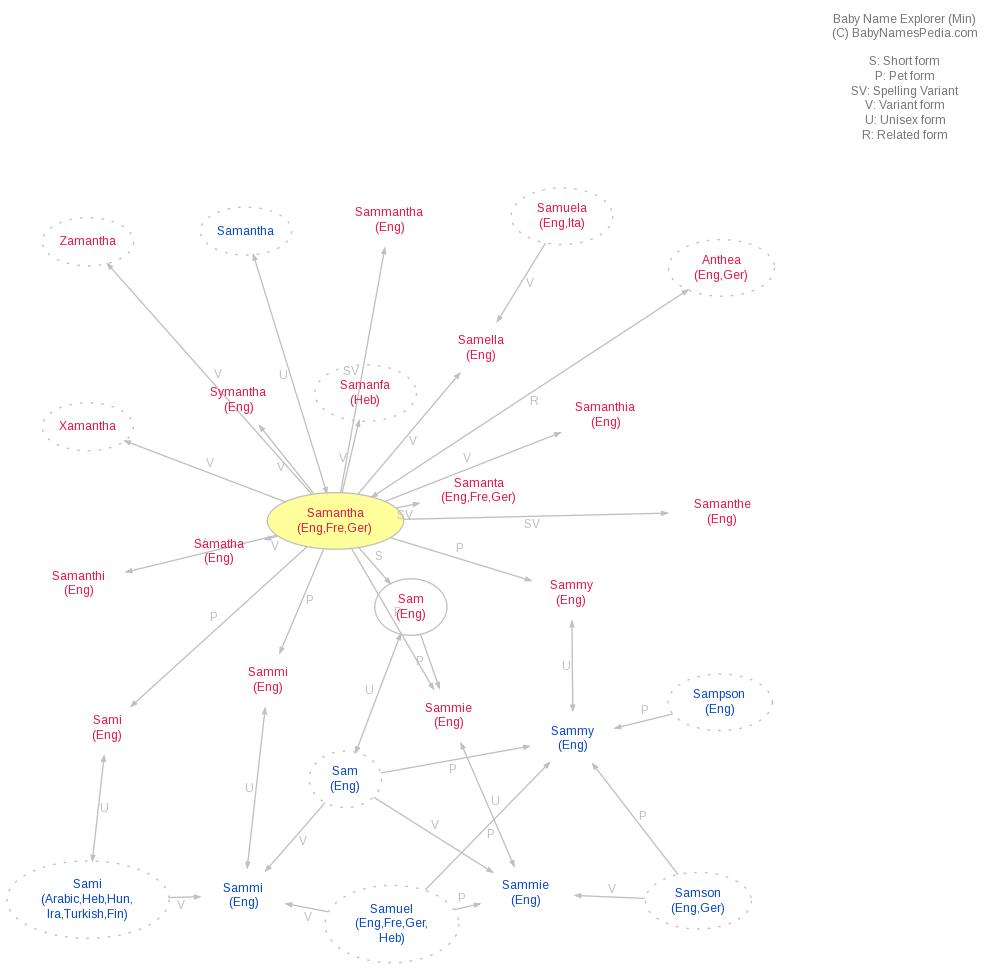