What does Samara mean?

[ 3 syll. sa-ma-ra, sam-ara ] The baby girl name Samara is pronounced as Saa-MEY-R-aa- †. Samara is of Hebrew origin, and it is used mainly in English and Spanish. The name could be from the place name of the biblical city of Samaria in Israel, which means 'watch mountain' in Hebrew.

Samara is popular as a baby name for girls, and it is also perceived to be trendy. The name has been growing in popularity since the 1990s; prior to that, it was of only very light use. Its usage peaked modestly in 2018 with 0.068% of baby girls being named Samara. Its ranking then was #256. Among all girl names in its group, Samara was the most popular in 2018. Samara was more widely used than the next ranked name, Samira, by 4 times in that year. 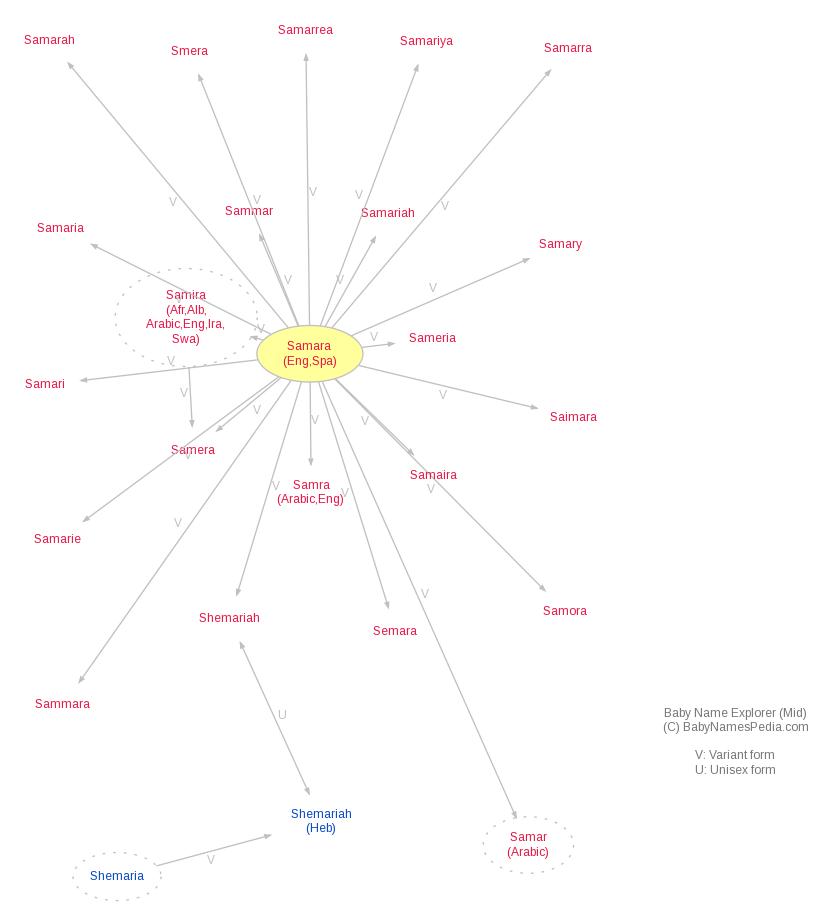