What does Sami mean?

[ 2 syll. sa-mi, sam-i ] The baby boy name Sami is also used as a girl name. It is pronounced as SAA-Miy- †. Sami is used predominantly in the Arabic, Hebrew, Hungarian, Iranian, Turkish, and Finnish languages, and its origin is Arabic and Hebrew. From Arabic roots, its meaning is high, exalted, praised, sublime - in this context, Sami can be used in the Arabic, Hebrew, Hungarian, Iranian, and Turkish languages. Its meaning is derived literally from the word 'sami'.

In addition, Sami is a diminutive form (Finnish and Hungarian) of the name Samuel (English, French, German, and Hebrew).

The name Samiya (Arabic) is the female version of Sami.

Sami has 11 variants that are used in English and other languages. Variants used in English include Saamy, Samea, Samee, Sameeh, Sameh, Samey, Samie, and Sammi. Saami (Arabic), Samih (Arabic), and Samy (Arabic) are foreign variants of Sami.

Sami is infrequently used as a baby name for boys. It is not listed in the top 1000 names. Among the group of boy names directly linked to Sami, Samuel was the most widely used in 2018. 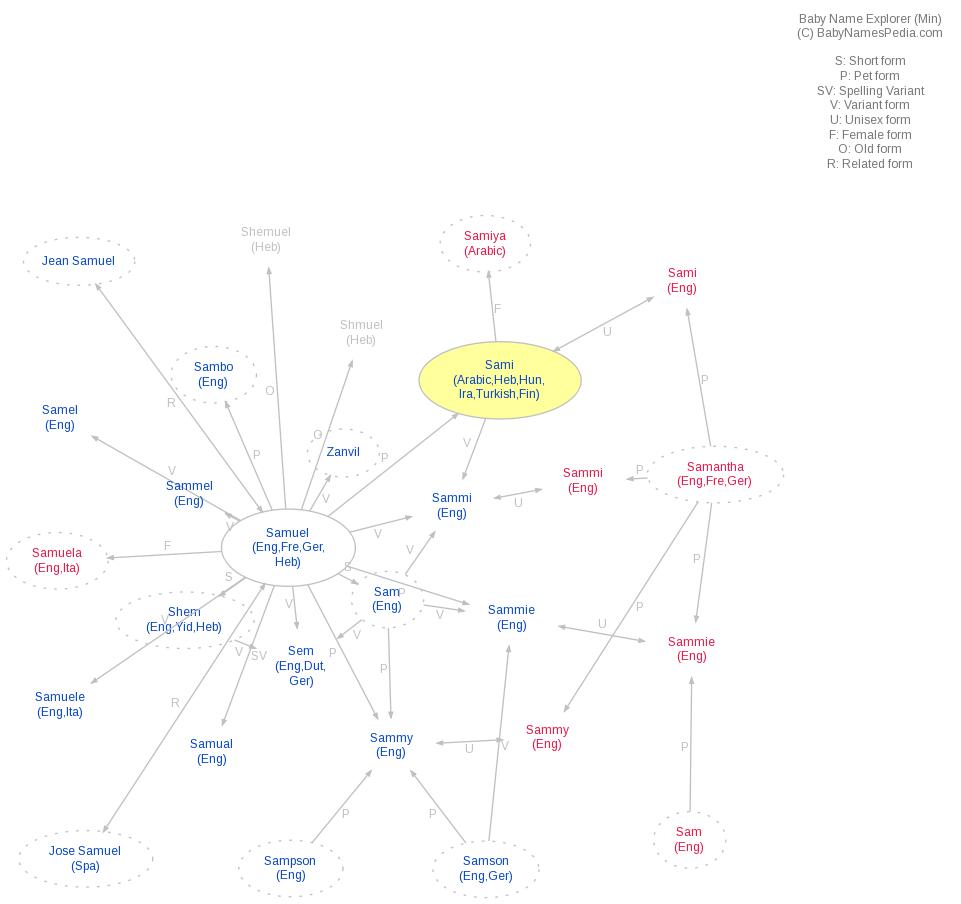