What does Sampson mean?

[ 2 syll. sam-(p)son, sa-mps-on ] The baby boy name Sampson is pronounced as SAEMPSahN †. Sampson is used chiefly in English, and its origin is English and Hebrew. The first name is derived from the English surname; it was first adopted in the 19th century.

In addition, Sampson is a spelling variant of the name Samson (English and German) in the English language.

The name Sampsun is a variant of Sampson.

Variant forms share the origin and meaning of Sampson.

Sammy (English pet form) and Sam (English contracted form) are other variants of the name.

Sampson is rare as a baby name for boys. In 1900, 0.012% of baby boys were named Sampson. Its ranking then was #553. The baby name has since markedly slipped in popularity, and is today of very modest use. Out of the group of boy names directly related to Sampson, Samson was the most regularly used in 2018.

Baby names that sound like Sampson include Sampsun, Simpson, Swinfen, and Swynfen. 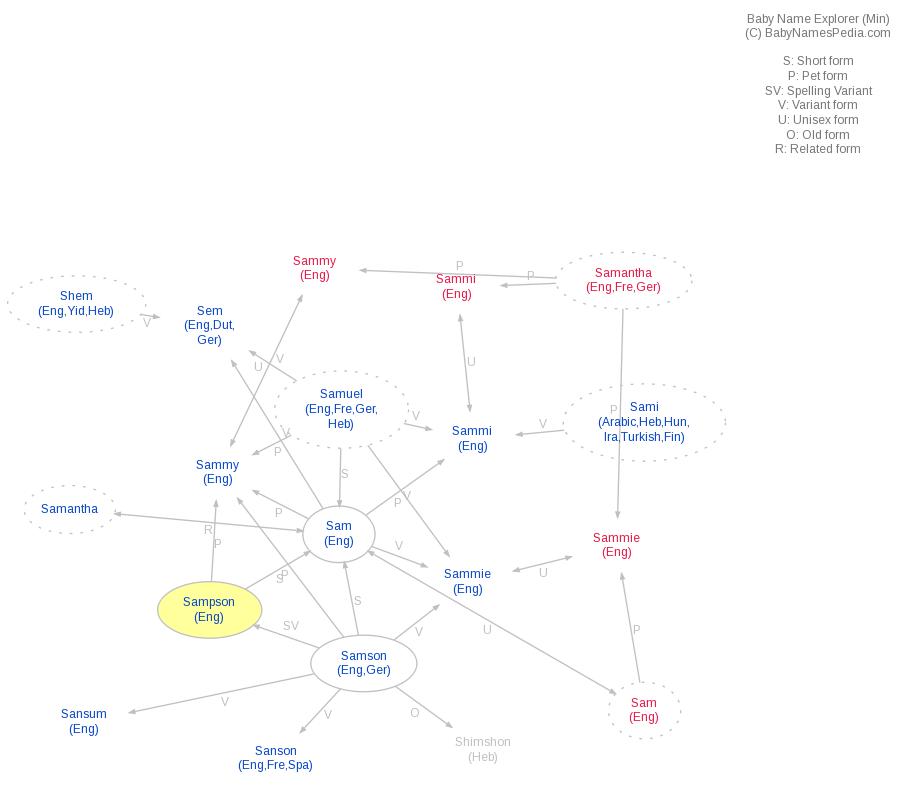