What does Samuel mean?

[ 2 syll. sa-muel, sam-u-el ] The baby boy name Samuel is pronounced in English as SAEM-YahL or SAEM-Yuw-ahL †. Samuel is an English, French, German, and Hebrew name of Hebrew origin. The name's meaning is God has heard; asked of God. The name could be derived from Shemuel (Hebrew) or Shmuel (Hebrew), of the elements 'shama' and 'el' (meaning God, powerful), or else as a contraction of the Hebrew 'shaul meel'. It was borne in the Bible by the prominent 11th century BC judge and prophet who gave his name to two books of the Old Testament; his mother stated that she had Samuel because she 'asked him of the Lord'. The name has traditionally been a Jewish name; it was later widely adopted by English Puritans in the 17th century. In Scotland, it is taken as an Anglicized form of the Gaelic Somhairle. The short form Sam is found in Uncle Sam, the personification of the United States (US); the term has been used since 1812. The name Samuela (English and Italian) is the female form of Samuel.

Samuel is very popular as a baby name for boys. The name's popularity rose from the 1960s up to the 2000s. Its usage peaked in 2001 with 0.715% of baby boys being given the name Samuel. It ranked at #26 then. The baby name has since experienced a loss in popularity. In 2018, its usage was 0.505% and its ranking #21, but it was nonetheless the most popular among all boy names in its group. In 2018, 22 times more boys were named Samuel than the subsequent ranked name, Sam. 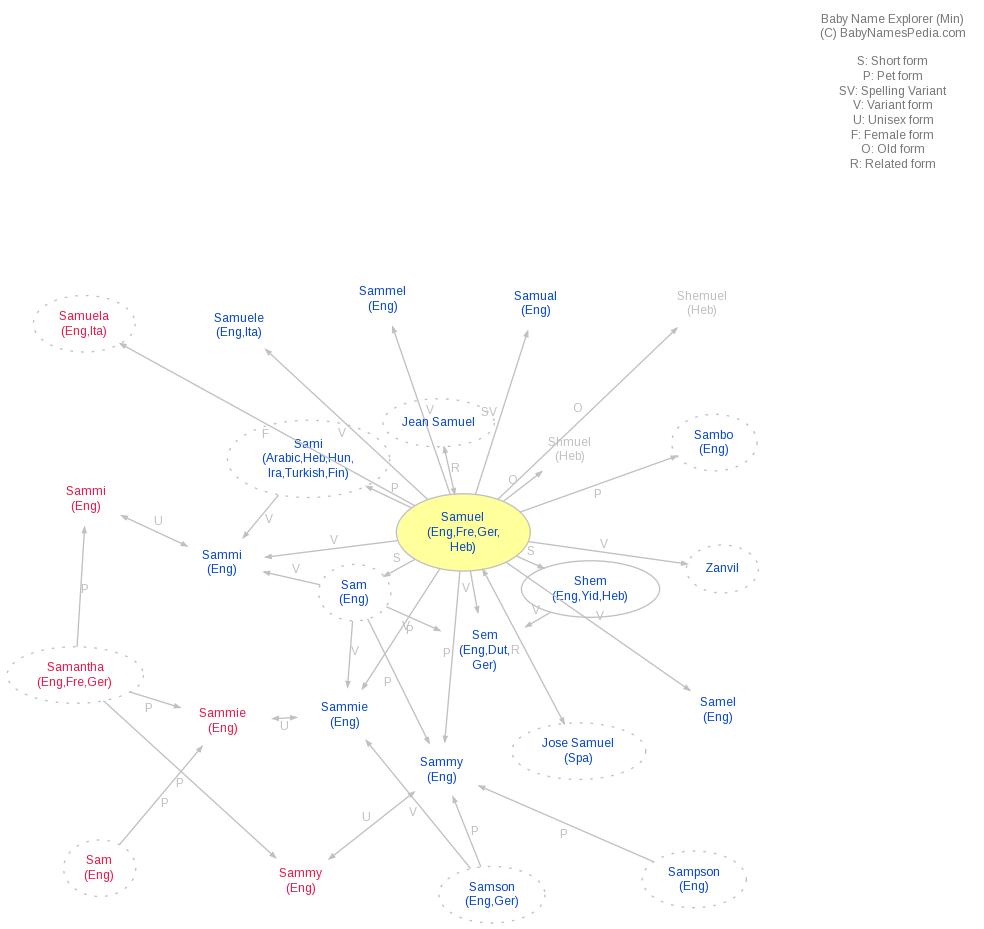