What does Samuela mean?

[ 4 syll. sa-mue-la, sam-u-ela ] The baby girl name Samuela is pronounced as Saa-MuwWEH-Laa †. Samuela's language of origin is Hebrew. It is predominantly used in English and Italian. The name Samuela means 'God has heard; asked of God'. It is a biblical name derived from shama which means 'to hear' ; el 'God, powerful' ; shaul meel 'asked of God'. The generic name has been used in the Old Testament of the Bible. Samuela is the feminine version of the English, French, German, and Hebrew Samuel.

Samuela is an uncommon baby girl name. It is not in the top 1000 names. 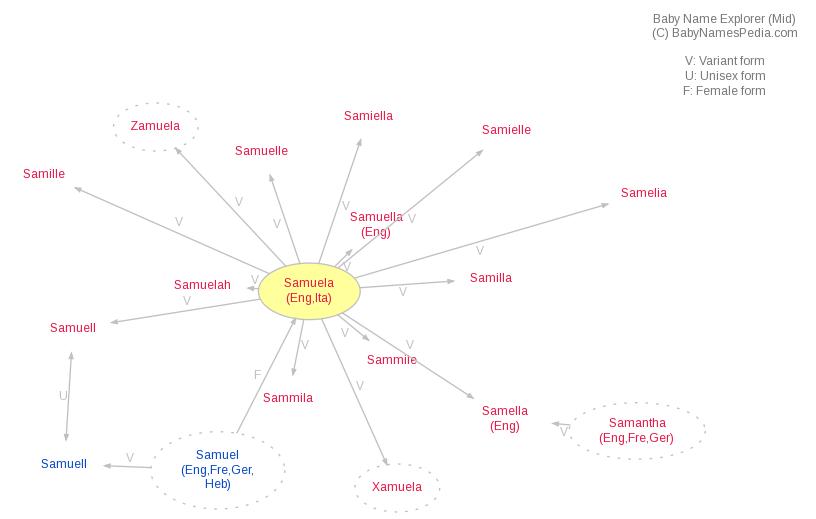