What does Samy mean?

[ syll. sa-my, sam-y ] The baby boy name Samy is also used as a girl name. Samy is largely used in the Arabic and French languages, and its origin is Arabic and Hebrew.

Samy is an Arabic variant of the name Sami (Arabic, Hebrew, Hungarian, Iranian, Turkish, and Finnish).

Samy is also a French variant of the name Samuel (English, French, German, and Hebrew).

Samy is rarely used as a baby name for boys. It is not listed in the top 1000 names. In 2018, within the group of boy names directly linked to Samy, Samuel was the most popular. 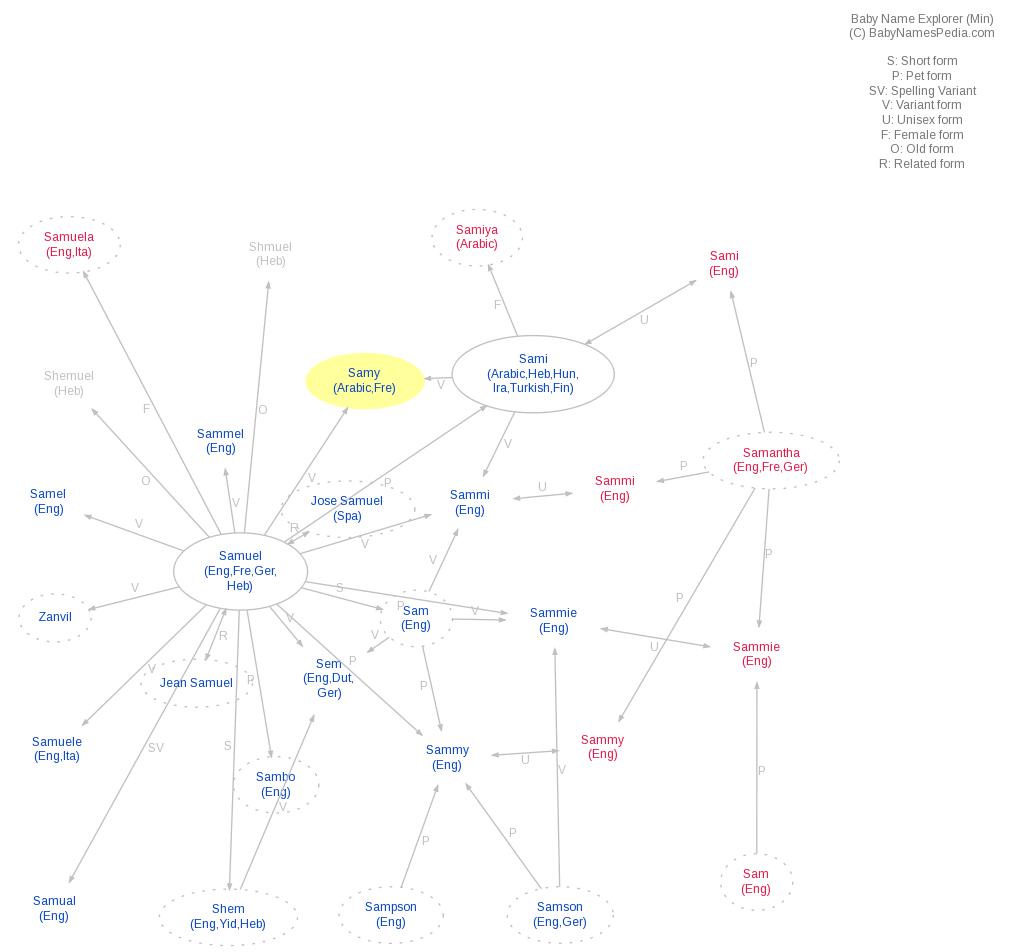