What does Sancha mean?

[ 2 syll. san-(c)ha, sa-n-cha ] The baby girl name Sancha is pronounced as SAENCH-aa †. Sancha is used mostly in Spanish and it is of Latin origin.

The origin and meaning of the name Sancha is inherited by all variant forms.

Sancha is uncommon as a baby girl name. It is not in the top 1000 names. 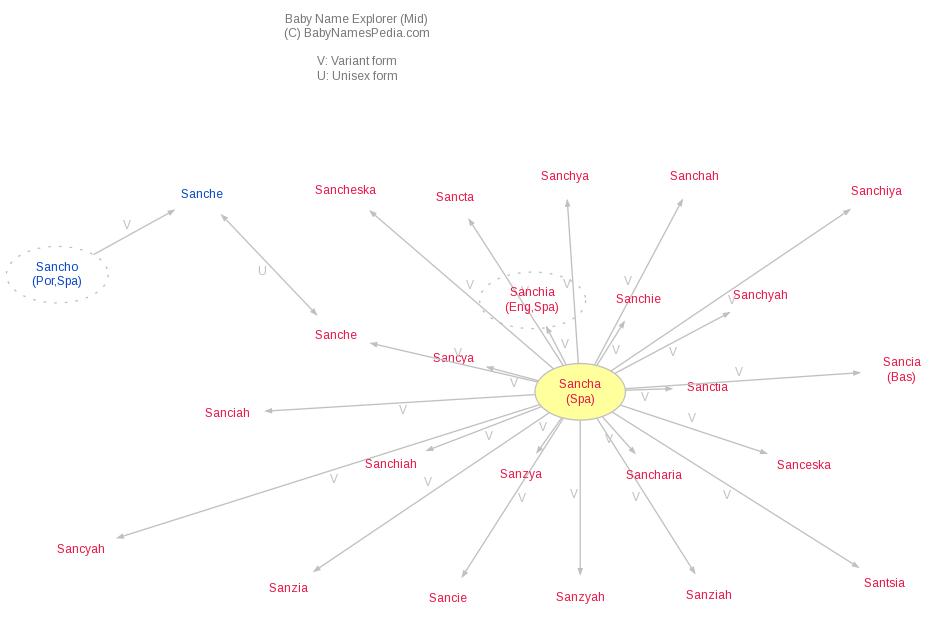