What does Sanjaya mean?

[ 2 syll. sa-nja-ya, san-j-aya ] The baby boy name Sanjaya is pronounced SaeNJH-ah- †. Sanjaya is of Sanskrit origin. The name is derived from the Sanskrit samjaya (meaning 'triumphant, victorious'). It was borne by various characters in Hindu mythology and a famous charioteer in the Mahabharata epic.

Jaya (diminutive form) and San (contracted form) are other variants of the name.

Sanjaya is not widely used as a baby name for boys. It is not listed within the top 1000 names. 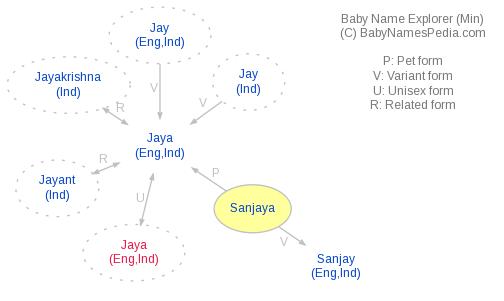