What does Santana mean?

[ 3 syll. san-ta-na, sa-nt-ana ] The baby boy name Santana is sometimes used as a girl name. Its pronunciation is SaeNTAE-N-aa- †. Santana is largely used in the English and Spanish languages, and its origin is Spanish. The name's meaning is Saint Ana. According to certain Christian traditions, the mother of the Virgin Mary was Ana. The surname is well-known from the guitarist Carlos Santana (1947-).

Santana is somewhat popular as a baby name for boys. The name's popularity has been increasing since the 2010s. At the modest height of its usage in 2018, 0.017% of baby boys were given the name Santana. It ranked at #732 then. Within all boy names in its group, Santana was the most widely used in 2018. Though Santana is slightly more popular as a baby boy name today, there was a period from 1984 to 1992 that it was given more often to girls. From 2006 on, increasingly more baby boys than girls were named Santana. 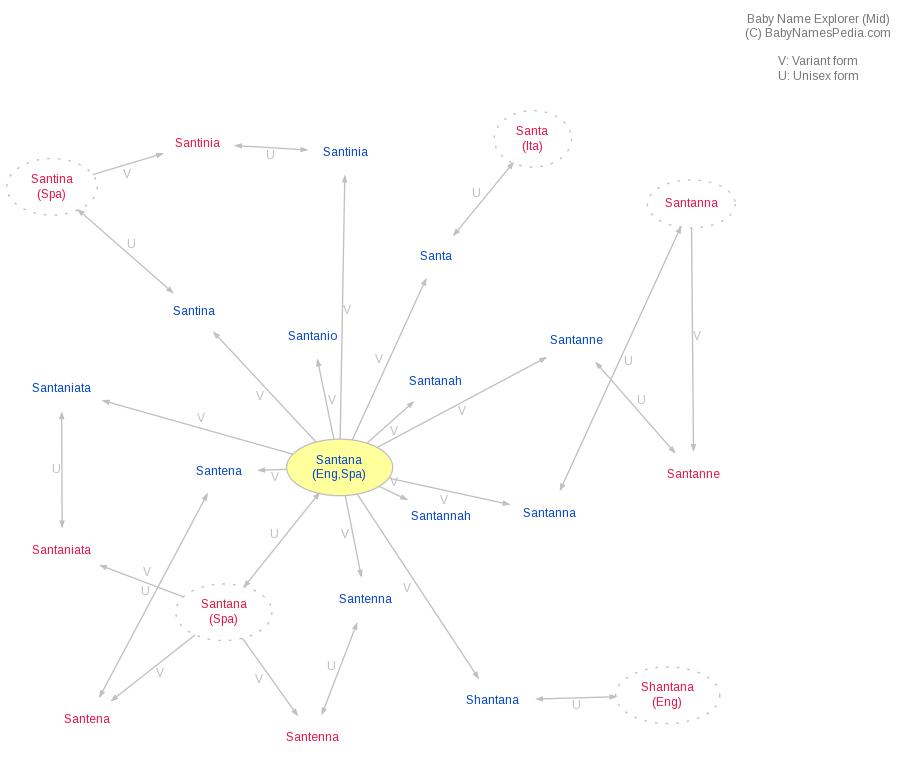