What does Sapphire mean?

[ 2 syll. sap-(p)hi-re, sa-pph-ire ] The baby girl name Sapphire is pronounced as SAEF-ayR- †. Sapphire is an English name of Hebrew origin. A biblical name, it is derived from the elements 'sappir' meaning sapphire ; 'sappheiros'. An original form of Sapphire is Sappheire (Old Greek). The name was borne in the Bible by Sapphira, the wife of Ananias. It was first adopted, along with other gemstone names, in the 19th century.

Sapphire has 19 variant forms that are used in English and other languages. Variant forms used in English include Saffir, Saffyre, Safir, Safira, Saph, Sapheria, Saphire, Saphyra, Sapira, Sapphira (used in Hebrew too), Sapphirah, Sapphyre, and Sephira. The variant spellings Saffire, Safire, and Saphyre are other English forms. Foreign variant forms of Sapphire include the Italian Saffira, the German Saphira, and the Hebrew Sapir.

Sapphire is rarely used as a baby name for girls. It is not ranked within the top 1000 names. 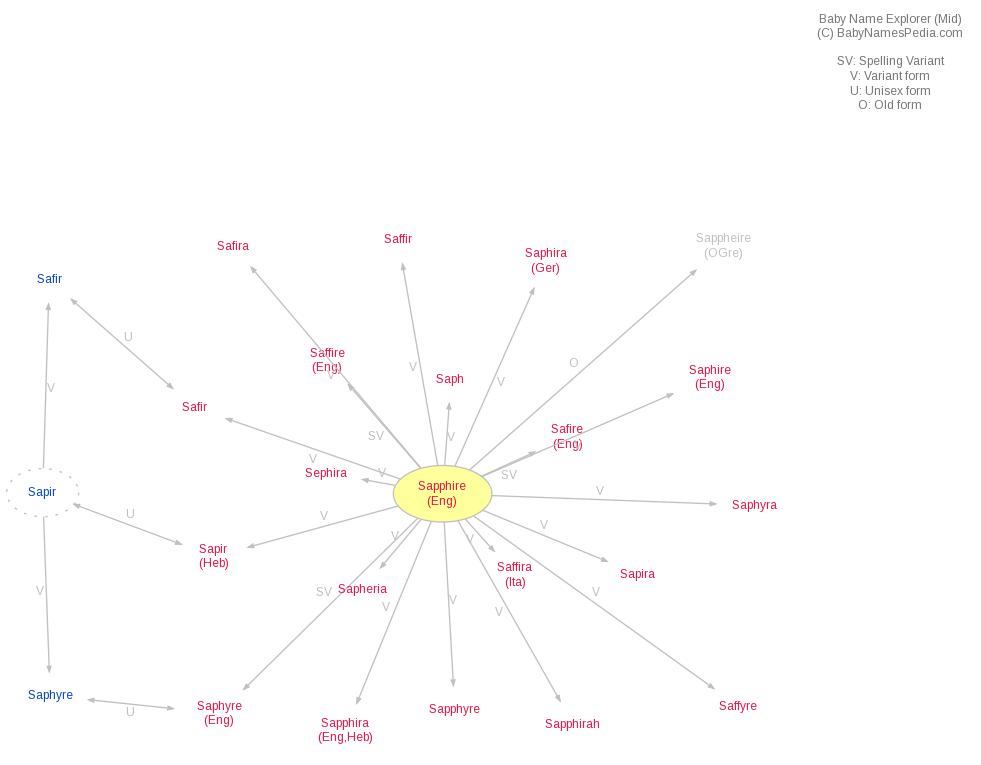