What does Sara Jane mean?

[ 3 syll. sa-ra-ja-ne, sar-a j-ane ] The baby girl name Sara Jane is pronounced as SAER-ahJHey-N †. Sara Jane has its origins in the English-American language. The name is derived from the combination of Sarah and Jane.

Variations of Sara Jane include Sara-Jane, Sarah Jane, and Sarah-Jane.

The origin and meaning of Sara Jane is inherited by all variant forms.

Sara Jane is not regularly used as a baby girl name. It is not listed in the top 1000. In 2018, among the family of girl names directly linked to Sara Jane, Sarah was the most popular. 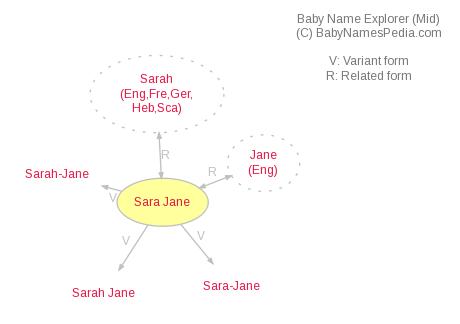