What does Sarah mean?

[ 2 syll. sa-rah, sar-ah ] The baby girl name Sarah is also used as a boy name, though it is far more popular for girls. It is pronounced SAER-ah or SEHR-ah (English) or ZAA-Raa (German) †. Sarah is of Hebrew origin. It is used mainly in English, French, German, Hebrew, and Scandinavian. It is a biblical name derived from the word saray which is of the meaning 'princess, lady'. The name was borne in the Bible by the mother of Isaac and wife of Abraham; she was earlier known as Sarai meaning 'contentious, quarrelsome', but God gave her the more well-meaning name Sarah before her son's birth. The name was adopted by English Puritans in the 16th century, and it saw a revival by the late 19th century. In Ireland, the name is taken as an Anglicized form of Saraid and Sorcha; in Scotland it is used as the equivalent of Mór.

What are the Variant Forms of Sarah?

Sarah is an all-time favorite. Currently it is still popular as a baby girl name, but to a lesser degree than it was before. The name increased in popularity from the 1950s up to the 1980s. At the peak of its usage in 1981, 1.576% of baby girls were named Sarah. It had a ranking of #4 then. The baby name has experienced a decline in frequency since then. In 2018, it ranked at #67 with a usage of only 0.202%, but it was nevertheless the most popular out of all girl names in its family. Sarah was 15% more regularly used than the 2nd most popular name, Sadie, in 2018. Sarah has in the last century been mainly given to baby girls. There were 199 times more baby girls than boys who were named Sarah in 1989. 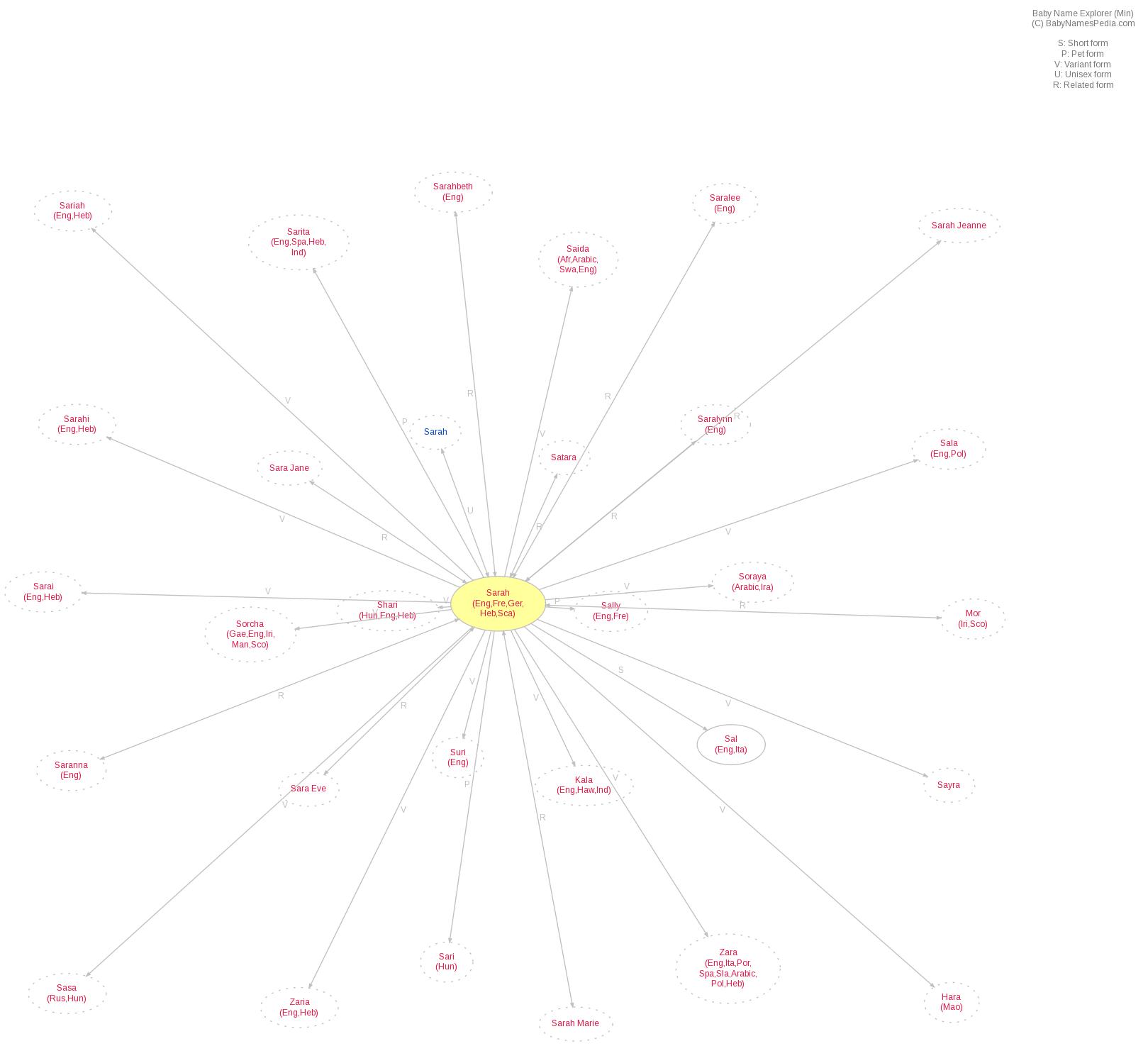