What does Saraswati mean?

[ 4 syll. sa-ra-swa-ti, sar-asw-ati ] The baby girl name Saraswati is pronounced Saa-Rah-ZWAOT-iy- †. Saraswati has its origins in the Sanskrit language. It is used largely in the Hindu and Indian languages. The name means 'possessing water; woman of water'. It is derived from saras meaning 'water, fluid, lake' ; vati 'possessing' ; wati 'woman'. The name is ultimately from the elements 'sara' combined with vati or wati. In Hindu mythology, Saraswati is the name of the consort of Brahma and the goddess of knowledge, musical arts, and speech. The name is also known from the Sarasvati River, one of the key Vedic rivers mentioned in Hindu texts.

Saraswati is unusual as a baby girl name. It is not listed in the top 1000. 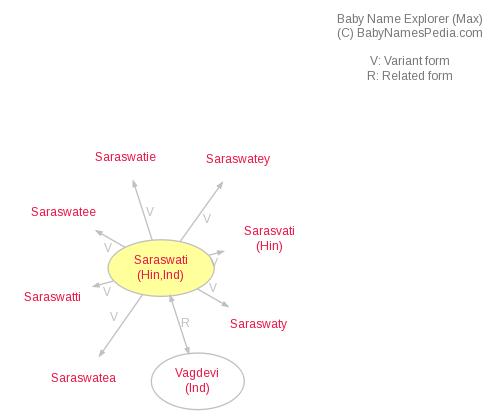