What does Savion mean?

[ 2 syll. sa-vion, sav-i-on ] The baby boy name Savion is pronounced as SaaVYAAN †. Savion's language of origin is French, Hebrew, and Basque, and it is predominantly used in Spanish and English.

Savion is a variation (Spanish) of Savon (English).

Savion is also a spelling variant (English) of Savyon (English and Hebrew).

Savion is also a variation (English) of Xavier (English, French, and Spanish).

Savion is an unusual baby name for boys. Its usage peaked modestly in 2002 with 0.019% of baby boys being named Savion. Its ranking then was #572. The baby name has since experienced a steep drop in popularity, and is currently of only very light use. In 2018, among the group of boy names directly related to Savion, Xavier was the most commonly used. 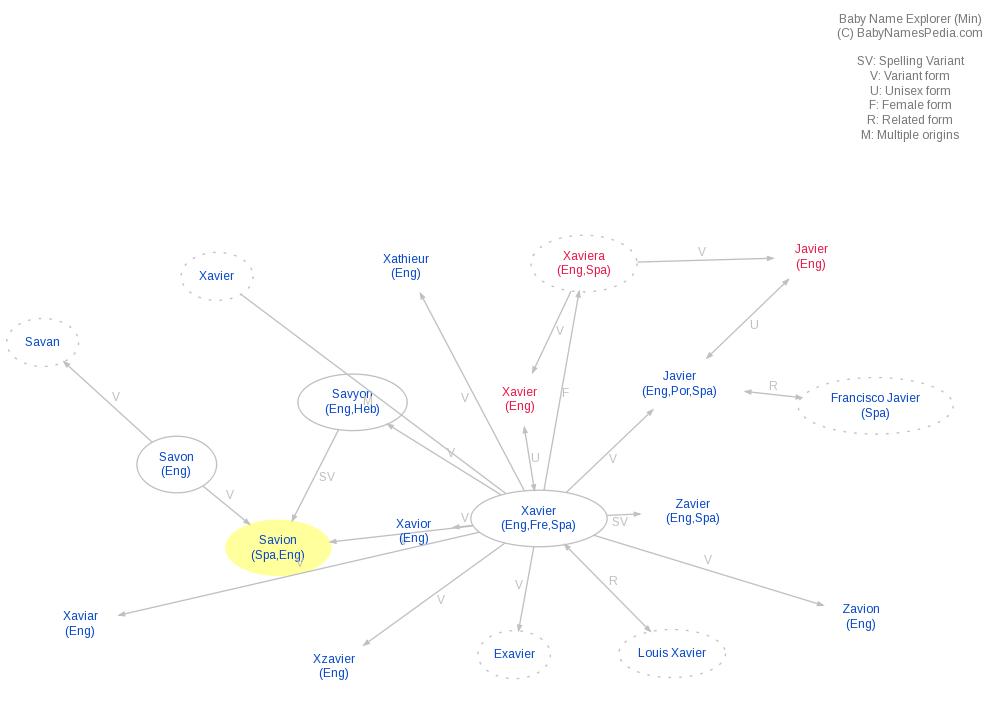