What does Savon mean?

[ 2 syll. sa-von, sav-on ] The baby boy name Savon is pronounced as SAAV-aaN or SEYV-aaN †. Savon is largely used in English and it is derived from French origins. The meaning of Savon is soap maker.

Savon is unusual as a baby boy name. Its usage peaked modestly in 1994 with 0.009% of baby boys being named Savon. It was #795 in rank then. The baby name has experienced a fall in popularity since then, and is now of irregular use. Among all boy names in its family, Savon was nevertheless the most widely used in 2018. 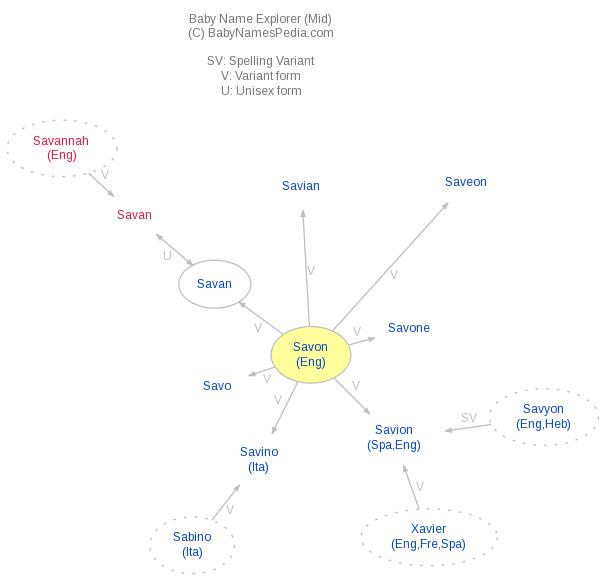