What does Selig mean?

[ 2 syll. se-lig, sel-ig ] The baby boy name Selig is pronounced as SEHL-ehG or SIY-LihG †. Selig is used predominantly in the Hebrew and Yiddish languages, and it is derived from Yiddish origins. It is derived literally from the word 'selig' meaning happy, blessed. This is a popular Jewish name in the 17th and 18th centuries. It is also used as a translation of the name Asher, and is also a surname, as borne by the American commissioner of baseball, Bud Selig (1934-). The name Zelda (English, Hebrew, and Yiddish) is the female version of Selig.

Selig is a rarely used baby name for boys. It is not listed in the top 1000 names. In 2018, within the group of boy names directly linked to Selig, Asher was the most popular. 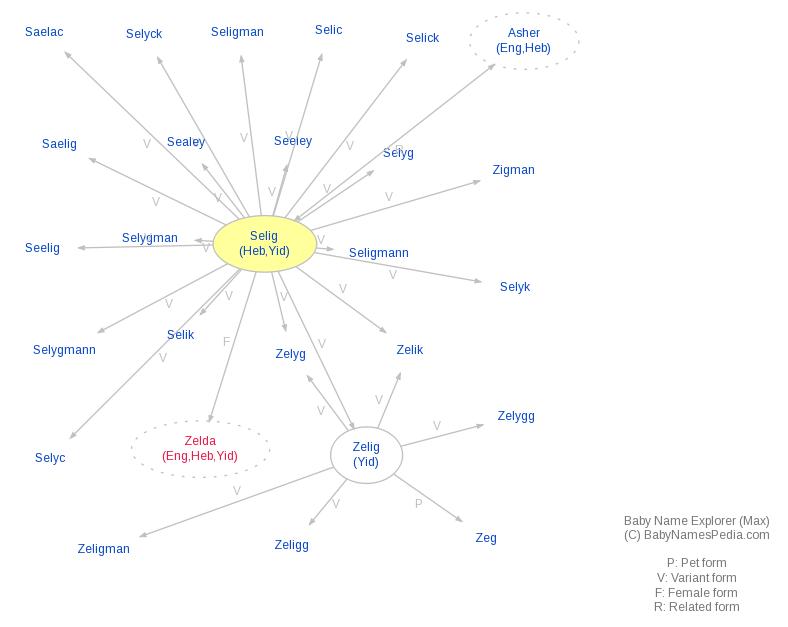