What does Serena mean?

[ 3 syll. se-re-na, ser-ena ] The baby girl name Serena is pronounced Sah-RIYN-ah (English) †. Serena is of Latin origin. It is used mainly in English, German, and Italian. It is derived from the word serenus which is of the meaning 'serene, clear, bright'. Serena is the feminine form of the German Serenus.

Serena is rather popular as a baby girl name. The name increased in popularity from the 1960s up to the 2000s. At the modest peak of its usage in 2000, 0.075% of baby girls were named Serena. It was #209 in rank then. The baby name has experienced a decline in frequency since then. In 2018, it ranked at #392 with a usage of 0.042%. Out of the family of girl names directly related to Serena, Serenity was the most regularly used. It was 5 times more popular than Serena in 2018. 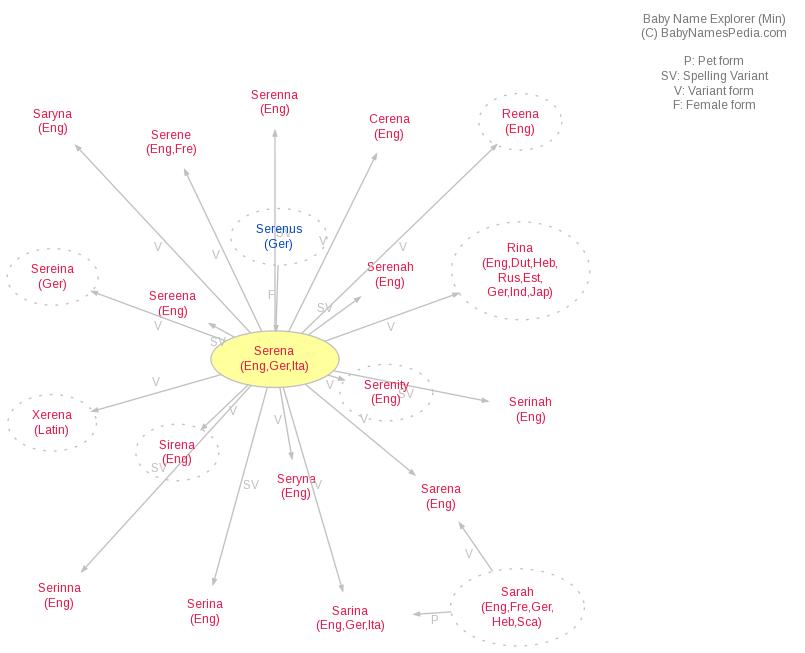