What does Serenity mean?

[ 4 syll. se-re-ni-ty, ser-en-ity ] The baby girl name Serenity is pronounced Seh-REH-Nay-Tiy- †. Serenity's language of origin is Latin and English. It is predominantly used in the English language. English origin: It is from serenity ; serenus meaning 'serene, clear, bright'. The name is derived from the common English word, which is itself of Latin origin.

In addition, Serenity is a variation of Serena (English, German, and Italian).

Serenity is a popular baby girl name. The name's popularity has been increasing since the 1990s; before that, it was of only irregular use. At the modest height of its usage in 2013, 0.231% of baby girls were given the name Serenity. It was #53 in rank then. In 2018, it ranked at #76 with a usage of 0.191%, and it was the most popular within all girl names in its family. Serenity was used 5 times more than the subsequent ranked name, Serena, in 2018. 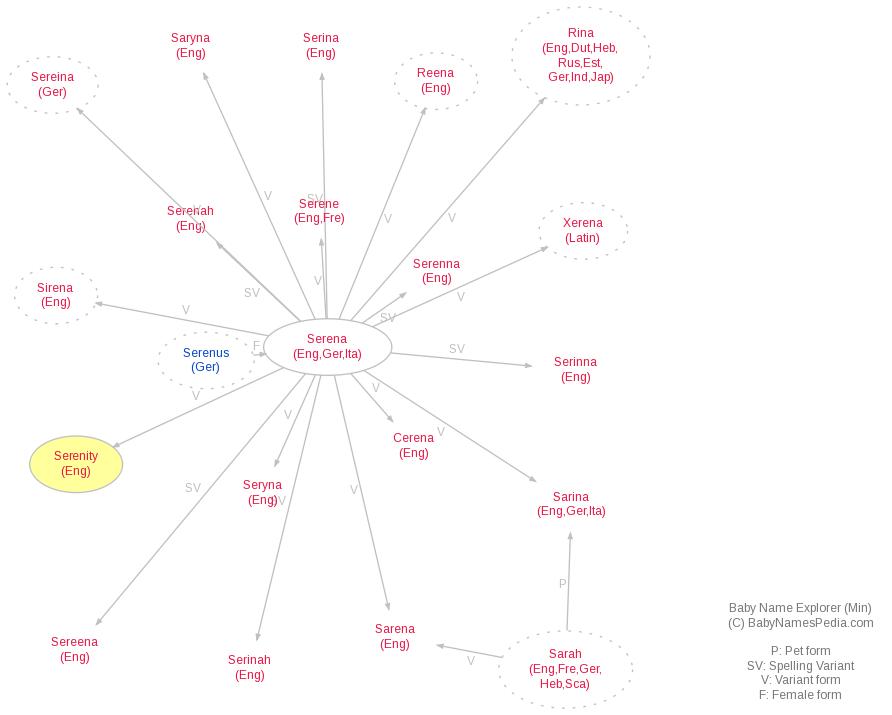