What does Sergio mean?

[ 3 syll. ser-gio, se-rg-io ] The baby boy name Sergio is pronounced in English as SAHR-JHiy-ow, in Italian as SEHR-JHow, in Portuguese as SehR-ZHIY-uw, or in Spanish as SEHR-HHYow †. Sergio's language of origin is Etrusk, and it is predominantly used in Italian, Portuguese, and Spanish. Sergio is a derivative of the English, Russian, and Slavic Sergei.

Sergio is a fairly popular baby name for boys. The name grew in popularity from the 1940s up to the 1990s. Its usage peaked modestly in 1995 with 0.112% of baby boys being named Sergio. Its ranking then was #157. The baby name has since experienced a drop in frequency. In 2018, it ranked at #352 with a usage of 0.048%, but it was nevertheless the most popular among all boy names in its group. 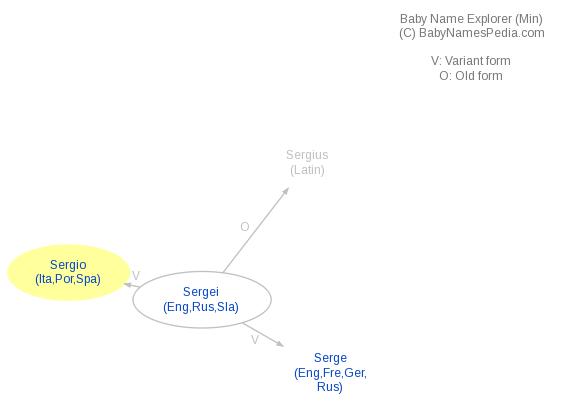