What does Severin mean?

[ 3 syll. se-ve-rin, sev-er-in ] The baby boy name Severin is pronounced as ZEH-Veh-RiyN (German) †. Severin is a German, Romanian, Russian, Scandinavian, and Slavic name of Latin origin. Its meaning is derived from the element 'severus'. Severinus (Latin) and Severus (Latin) are old forms of Severin. From the Roman nickname. The name Severina (German, Italian, Portuguese, Romanian, and Slavic) is the female form of Severin.

Severin is rarely used as a baby name for boys. It is not listed in the top 1000 names. Out of the group of boy names directly linked to Severin, Soren was the most commonly used in 2018.

Baby names that sound like Severin include Zeferino, Zefferino, Zeffirino, and Zefirino. 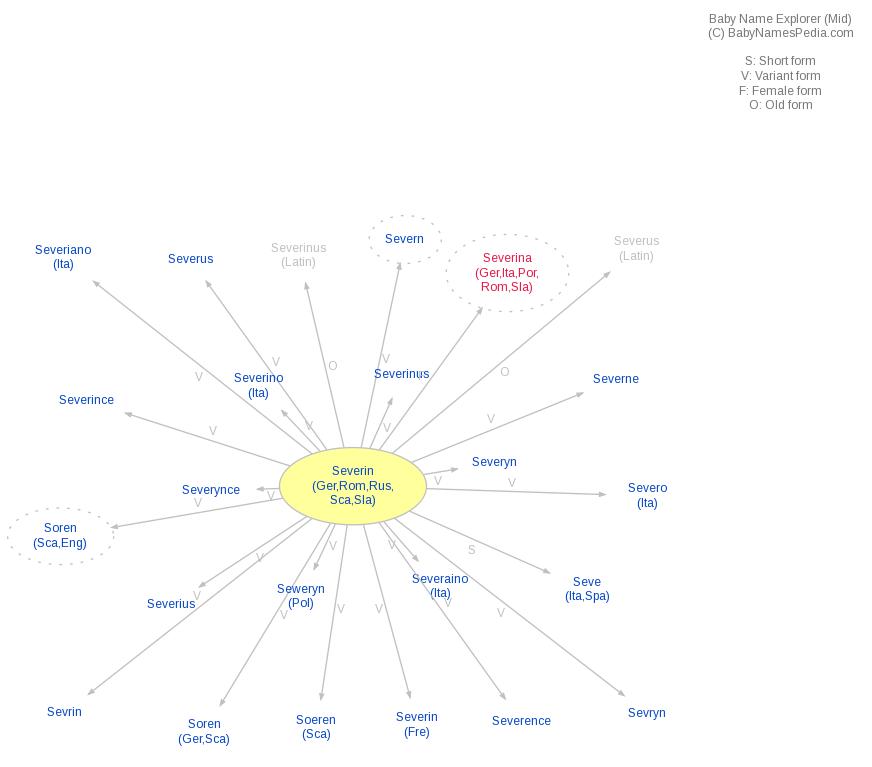