What does Sewell mean?

Sewell is of Old English origin and it is used mainly in English. The name is derived from Sewald (Medieval English) or Siwald (Medieval English) and ultimately Sigeweald (Old English) or Soeweald (Old English). The root elements are sige, sae and weald; thus the name can be taken to mean 'victorious rule over the sea'. It could have been used as a medieval byname for sailors. Sewell was later adopted as a surname, and in some cases, its modern use as a first name represents a transferred use of the surname.

Sewell is of Old English origin. The meaning here is 'seven pools'. It is from seofon which means 'seven' ; waell 'pool, stream, spring, well'. The first name is derived from the surname, which is itself from an English place name. The latter could be Sewell in Bedfordshire, Seawell or Sywell in Northamptonshire, or Showell in Oxfordshire, all of which are composed of the elements 'seofon' and waell (meaning 'pool, stream, spring, well').

Sewell is a variant transcription of Sewall (English).

Sewell is not popular as a baby name for boys. It is not in the top 1000 names. 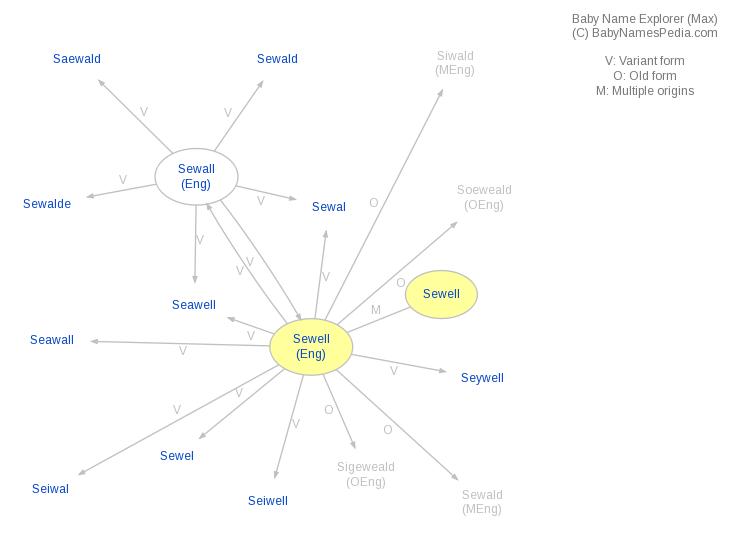