What does Sextus mean?

[ 2 syll. sex-tus, se-xt-us ] The baby boy name Sextus is pronounced as SEHKSTahS- †. Sextus is an English name of Latin origin. The name is of the meaning sixth-born. It is derived literally from the word 'sextus' meaning sixth. Sextus (Latin) is an original form of Sextus. The name was in the medieval period sometimes given to the sixth-borh child. It was revived in Victorian England for the same naming convention. The form Sixtus was borne by three early popes. The name Sexta (English) is the female version of Sextus.

Sixtus (English variant spelling) is another form of Sextus.

Sextus is rarely used as a baby name for boys. It is not listed in the top 1000 names. 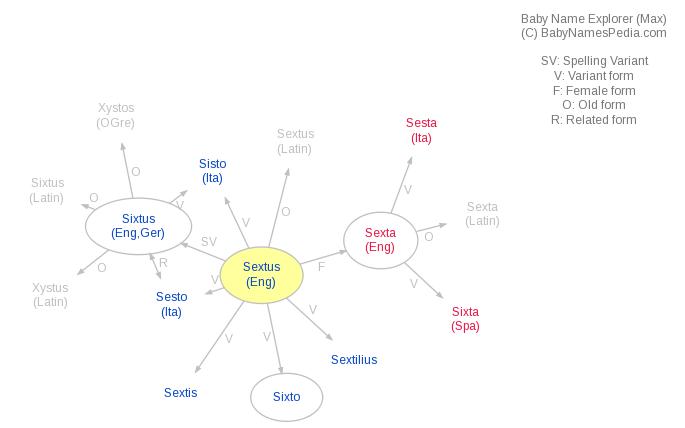