What does Sha mean?

Sha is used predominantly in English and it is also derived from English origins. This is a popular prefix used in forming new names. It first started with the popularity of the names Sharon and Shannon among English speakers in the 20th century. In the USA, Sharon first became popular in the 1930s, with Shannon not far behind in the 1960s; in the UK, the popularity is mirrored, albeit a few decades later in the 1960s and 1990s respectively. 'Sha-' names are usually invented by the combination with various suffixes for their pleasing and fashionable sounds. Shanae could be an elaboration of Sha or Shan, or else it could be inspired by the suffix from Renee, and Shanika and Shaniqua likewise from Tamika. Although these uniquely-created names have been used by the wider population, they have been particularly popular with Afro-Americans, possibly as a statement to assert their identity. In the USA, the popularity of these names lasted from the 1970s to the 1990s.

Both the origin and meaning of Sha is inherited by all variant forms.

Sha is largely used in Korean and its origin is also Korean. Here, the meaning is girl.

Sha is not popular as a baby name for girls. It is not listed within the top 1000 names. 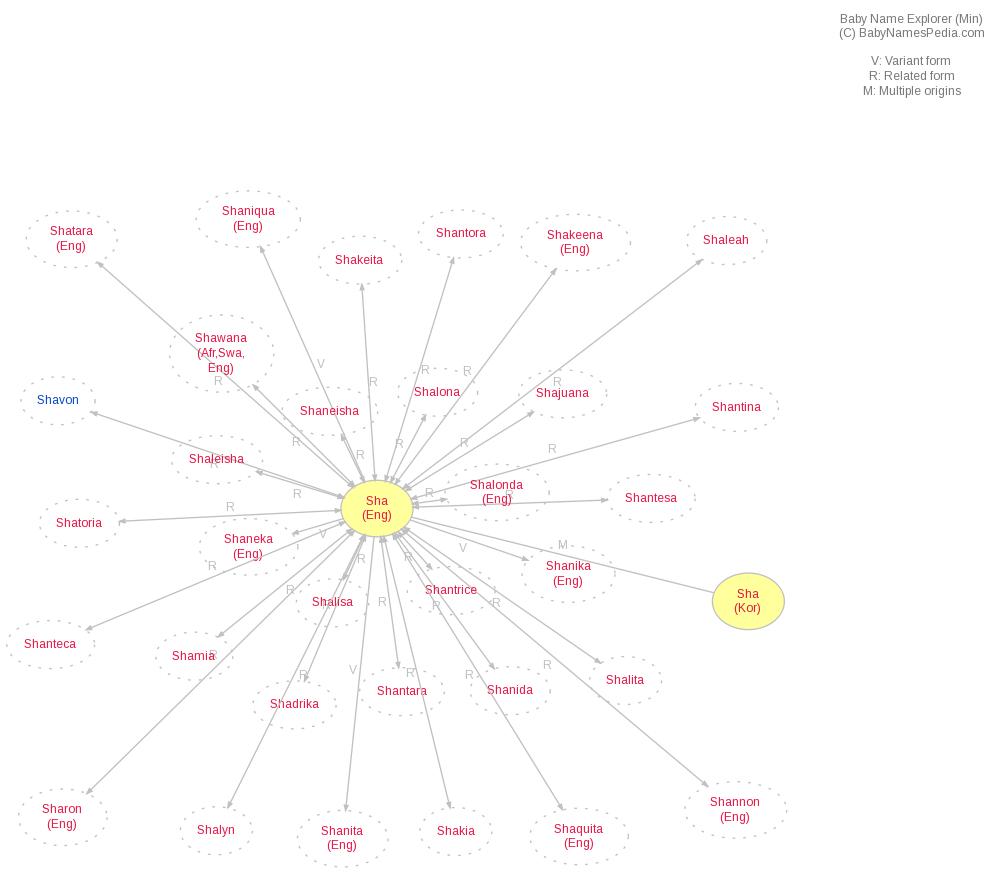