What does Shalisa mean?

Shalisa's language of origin is Hebrew and it is predominantly used in English. The meaning of Shalisa is 'lord of three; third lord'. It is from Baal which means 'lord' ; shalisha 'third; three'. The first name is derived from Shalishah (Hebrew), a biblical place name mentioned in the Book of Kings and the Talmud. The place name was also recorded as Baal-Shalisha, meaning 'lord of three' or 'third lord', from 'baal' and shalisha. The Talmud describes that fruits ripen the earliest every year at this place.

Shalisa is of English-American origin. The name is derived from the combination of the prefix 'Sha-' and Lisa. This is probably the most common derivation in American use.

Shalisa is seldom used as a baby name for girls. It is not listed within the top 1000 names. 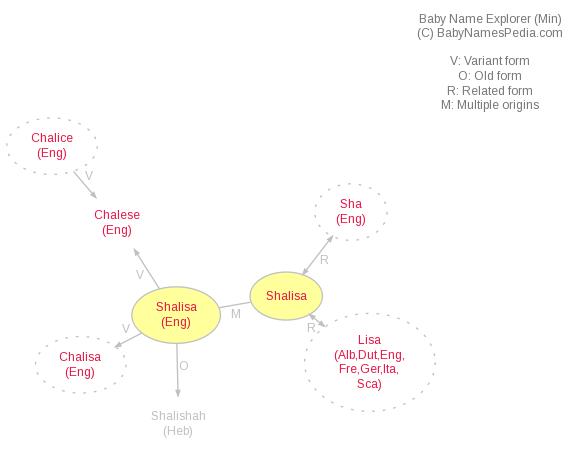