What does Shameka mean?

[ syll. (s)ha-me-ka, sh-am-eka ] The baby girl name Shameka is pronounced as -SHEYMihKAH †. Shameka is mainly used in the English language and it is of English-American origin. The name is a modern coinage from the blend of the popular name prefix 'Shan-' with the name Tamika. It has been used particularly by Afro-Americans.

Variant forms share the origin and meaning of the name Shameka.

Shameka is unusual as a baby name for girls. Its usage peaked modestly in 1980 with 0.025% of baby girls being given the name Shameka. Its ranking then was #469. The baby name has since experienced a substantial decline in frequency, and is today used on a very light scale. Among all girl names in its group, Shameka was nonetheless the most frequently used in 2018. 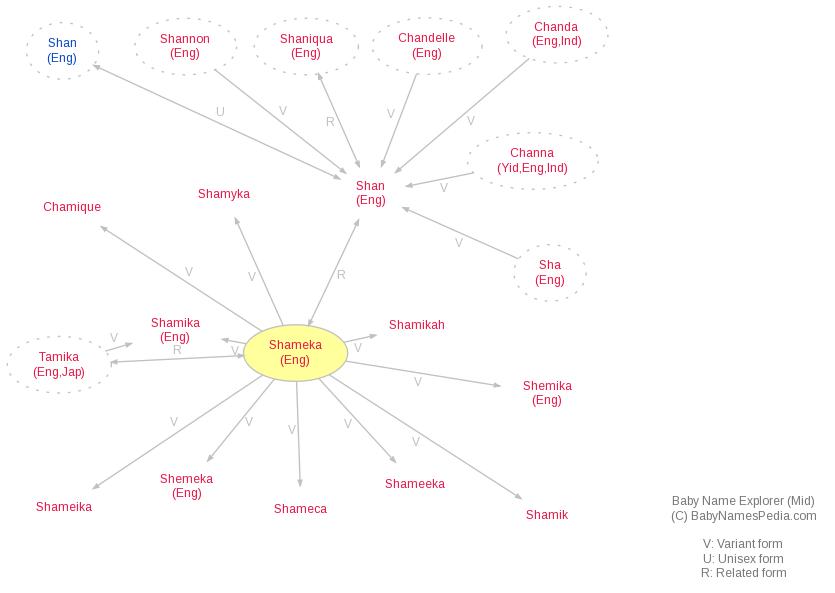