What does Shannon mean?

[ 2 syll. (s)han-non, sh-ann-on ] The baby girl name Shannon is also used as a boy name, though it is more popular for girls. It is pronounced -SHAENNahN †. Shannon has its origins in the Celtic language and it is used largely in English. The first name is of disputed origin. It could be derived from the name of River Shannon, Ireland's longer river, which is itself of the elements sean (meaning 'old, wise') and abhainn, or else it could be from a contracted form of the Irish name Seanán. The first name is however not used much in Ireland; another derivation suggests that it is a modern invention, from the combination of Shane and Sharon.

Shannon is uncommon as a baby girl name. At the height of its usage in 1976, 0.851% of baby girls were named Shannon. It was #17 in rank then. The baby name has seen a substantial decline in frequency since then, and is currently used only on a very modest scale. Within all girl names in its family, Shannon was nevertheless the most frequently used in 2018. Shannon has primarily been a baby girl name in the last century. In 2006, 5 times more baby girls than boys were given the name Shannon. 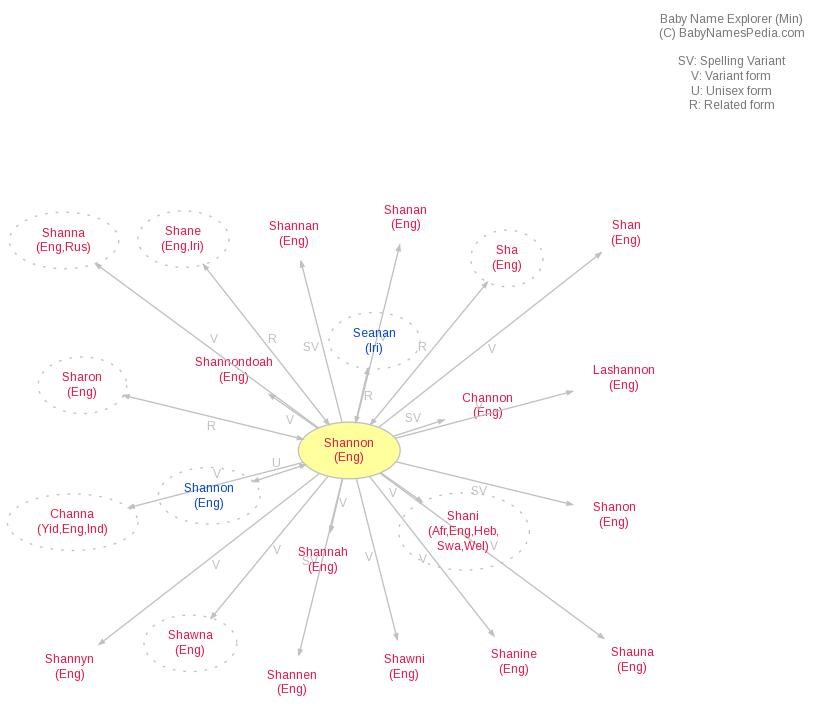