What does Shaquita mean?

[ 3 syll. (s)ha-qui-ta, sh-aqu-ita ] The baby girl name Shaquita is pronounced -SHaaKIY-Taa- †. Shaquita has its origins in the English-American and Arabic languages, and it is used largely in English. The name can be derived from the combination of the prefix 'Sha-' and the name Quita. The latter could also be from 'chiquita', a commonly used Spanish term of endearment from a father to a daughter.

Shaquita is a derivative of the name Shakeita.

Shaquita is also a derivative of the English Shakia.

Derivatives of Shaquita include the names Shequida and Shequita.

Both the origin and meaning of the name Shaquita is inherited by all variant forms.

Shaquita is uncommon as a baby name for girls. At the modest height of its usage in 1986, 0.010% of baby girls were named Shaquita. It ranked at #907 then. The baby name has since slipped in popularity, and is currently of only sporadic use. Within all girl names in its group, Shaquita was nevertheless the most widely used in 2018. 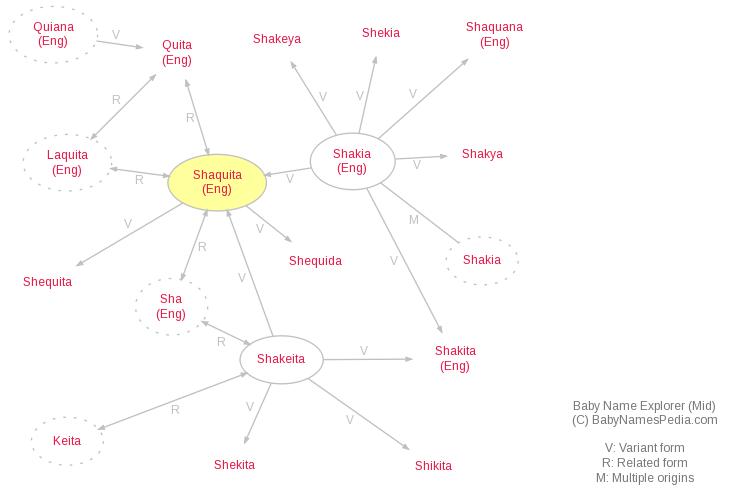