What does Shari mean?

[ 2 syll. (s)ha-ri, sh-ari ] The baby girl name Shari is pronounced -SHEY-R-iy- †. Shari's origin is Hebrew and English-American, and its use, Hungarian, English, and Hebrew.

In addition, Shari is a variation (Hungarian) of Sarah (English, French, German, Hebrew, and Scandinavian).

Shari is also a variation (English) of Sári (Hungarian).

Shari is also a variation of Sharissa (English).

Shari is also a pet form of Sharmaine (English).

Shari is also a pet form (English and Hebrew) of Sharon (English).

Both the origin and meaning of Shari is inherited by all variant forms.

Shari is uncommon as a baby name for girls. At the modest height of its usage in 1961, 0.150% of baby girls were named Shari. Its ranking then was #141. The baby name has since experienced a substantial decline in popularity, and is currently of only irregular use. In 2018, within the group of girl names directly related to Shari, Sarah was the most popular. 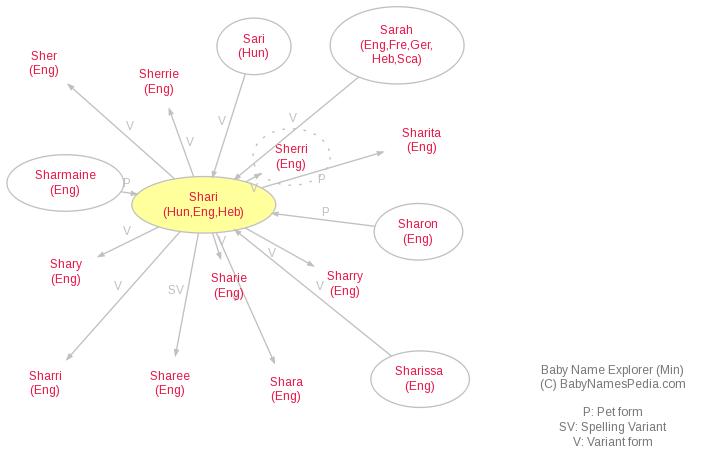