What does Sharon mean?

[ 2 syll. (s)ha-ron, sh-ar-on ] The baby girl name Sharon is also used as a boy name, though it is far more popular for girls. It is pronounced -SHAER-ahN or -SHEHR-ahN in English †. Sharon is of Hebrew origin and it is used mainly in English. The name Sharon means 'singer; plain'. It is a biblical name literally from the words sar meaning 'to sing, singer' ; sharon 'plain'. The name is derived from Saron (Hebrew), itself of the element sar (meaning 'to sing, singer'). In the Bible, it featured as the name of a plain or valley; the place name is simply of the meaning 'plain'. The name was adopted by the English Puritans in the 17th century.

What are the Variant Forms of Sharon?

Sharon is uncommon as a baby girl name. At the height of its usage in 1946, 1.727% of baby girls were named Sharon. It had a ranking of #9 then. The baby name has fallen out of favor since then, and is currently used only on an infrequent scale. Within all girl names in its family, Sharon was nevertheless the most widely used in 2018. Sharon has in the last century been mainly given to baby girls. There were 224 times more baby girls than boys who were named Sharon in 1967. 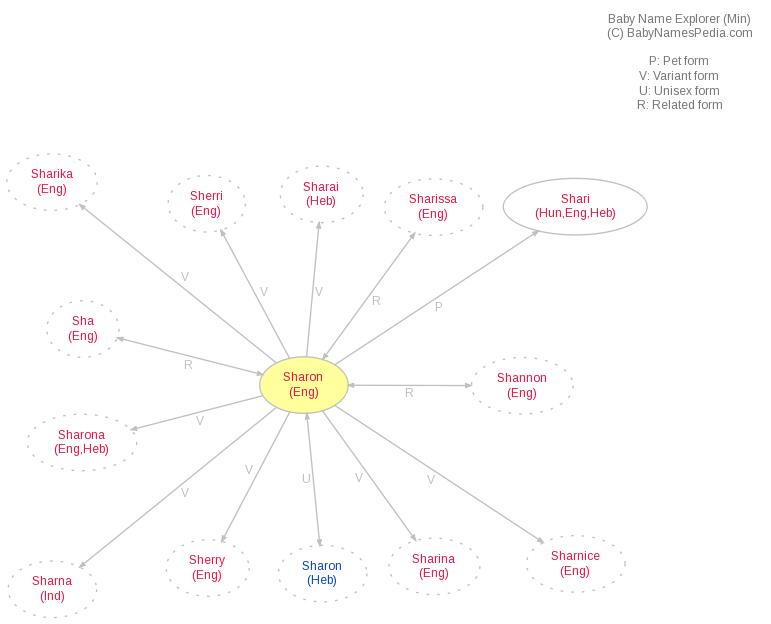