What does Sheba mean?

[ 2 syll. (s)he-ba, sh-eba ] The baby girl name Sheba is also used as a boy name. It is pronounced in English as -SHIY-Bah †. Sheba has its origins in the Hebrew language. It is used largely in English and Hebrew. Biblical name: The name was borne by several characters in the Old Testament of the Bible. It was also the name of a biblical place name and kingdom ruled by the Queen of Sheba; the location is possibly modern day Arabia or Ethiopia.

Sheba is an English and Hebrew form of the Hebrew Sheva.

Sheba is not often used as a baby girl name. It is not in the top 1000 names.

A famous person named Sheba is Royalty, Queen of Sheba. 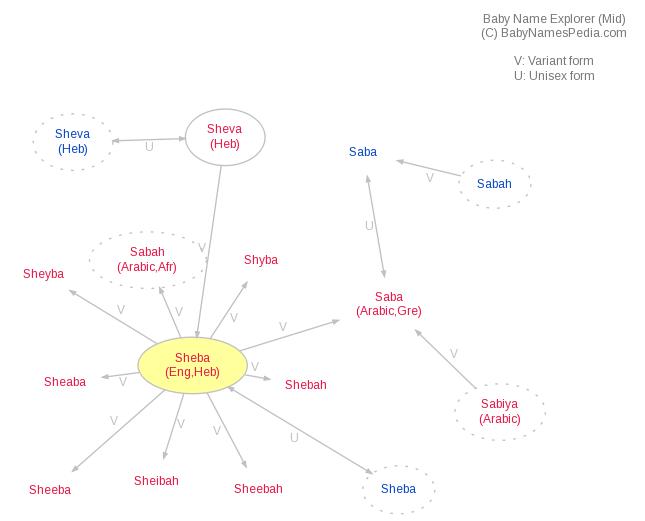