What does Sherman mean?

[ 2 syll. (s)her-man, sh-erm-an ] The baby boy name Sherman is pronounced as -SH-ERMahN †. Sherman is primarily used in the English language and it is of Old English origin. The name means shear man. It is from the words 'sceara' meaning shears ; 'mann' man. The first name is derived from the family name, itself from the medieval job title for one who trims woollen cloth after it has been woven, or else for one who shears sheep. The name was popularized in the USA by General Sherman (William Tecumseh Sherman, 1820-1891), who served in the American Civil War.

Sherman is rare as a baby boy name. At the modest peak of its usage in 1908, 0.070% of baby boys were given the name Sherman. It had a ranking of #183 then. The baby name has dropped out of favor since then, and is now used on a very light scale. Out of all boy names in its family, Sherman was nonetheless the most popular in 2018. 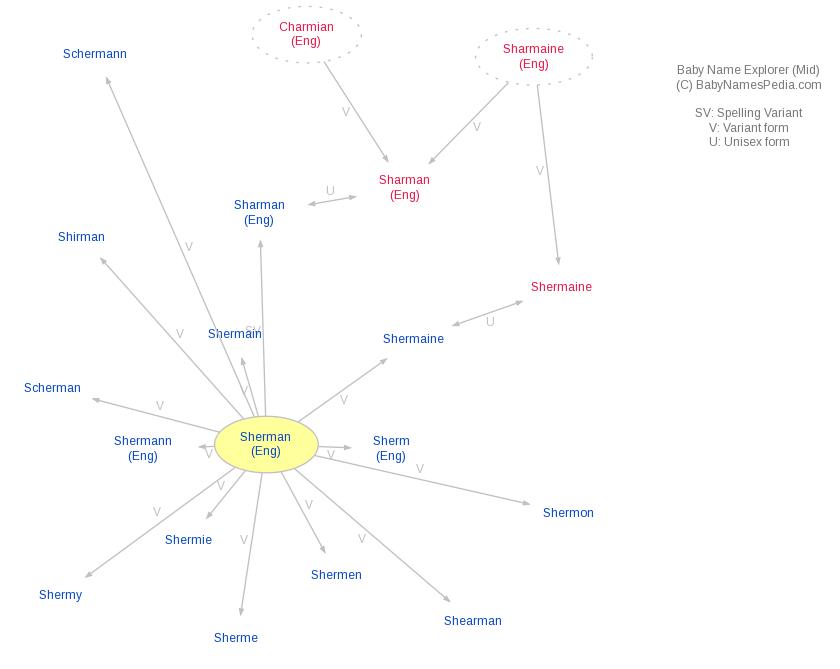