What does Shiloh mean?

[ 2 syll. (s)hi-loh, sh-il-oh ] The baby girl name Shiloh is also used as a boy name, though it is more popular for girls. It is pronounced -SHAY-Low (English) †. Shiloh has its origins in the Hebrew language. It is used largely in English and Hebrew. The name Shiloh means 'he who will be sent'. It is a biblical name derived from shalev which means 'safe, peaceful' ; shele 'peaceful'. It represents the transferred use of the geographic name as a given name. The generic name has been used in the Old Testament of the Bible. See Shiloh for more information.

Forms of Shiloh include the names Shi, Shilo, Shiloe, Shylo, and Shyloh.

Shiloh is rather popular as a baby girl name. The name has been rising in popularity since the 2000s; prior to that, it was of only very modest use. At the recent peak of its usage in 2018, 0.030% of baby girls were named Shiloh. It had a ranking of #562 then. Out of all girl names in its family, Shiloh was the most widely used in 2018. Shiloh has mainly been a baby girl name in the last century. There were 95% more baby girls than boys who were named Shiloh in 2017. 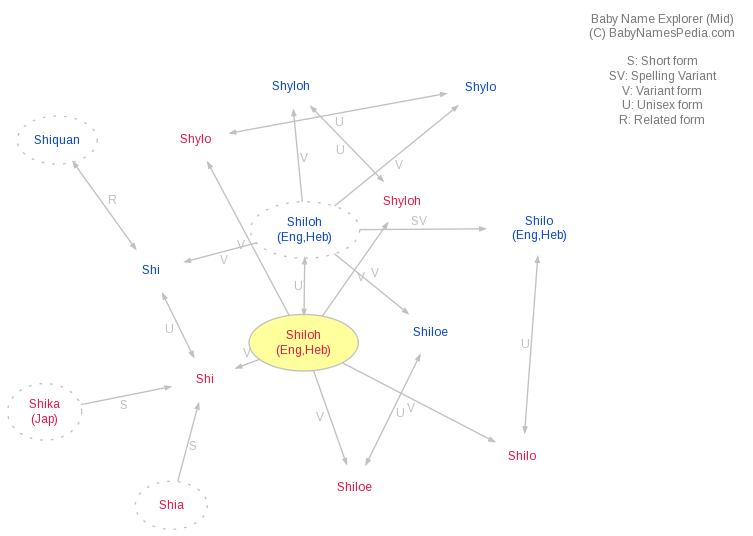