What does Shirley mean?

[ 3 syll. (s)hir-ley, sh-irl-ey ] The baby girl name Shirley is pronounced as -SHERERLiy- †. Shirley is an English name of Old English origin. Shirley is of the meaning meadow shire; bright meadow. It is from the elements 'scir' meaning shire, county, bright ; 'leah' wood, clearing, meadow. The first name is derived from the surname, itself originally a local name from a place in England so called, possibly from Derbyshire, Hampshire, Surrey, and the West Midlands. The first name was adopted in the mid 19th century, and was originally a male name. It later gained popularity, but as a female name, after Charlotte Brontë wrote her novel Shirley (1849), in which the parents first chose the name in the hopes of a baby boy, but when the baby turned out to be a girl, they nevertheless kept the choice of the name. The name was later popularized through the fame of the US child actress Shirley Temple (1928-).

Shirley is uncommon as a baby name for girls. At the height of its usage in 1935, 3.897% of baby girls were named Shirley. Its ranking then was #2. The baby name has since experienced a marked decline in frequency, and is today used on a very light scale. Within all girl names in its group, Shirley was nevertheless the most popular in 2018. Shirley has predominantly been a baby girl name, though in the past century it has also been used for boys. In 1957, Shirley as a baby girl name outnumbered its use as a boy name by 151 times. 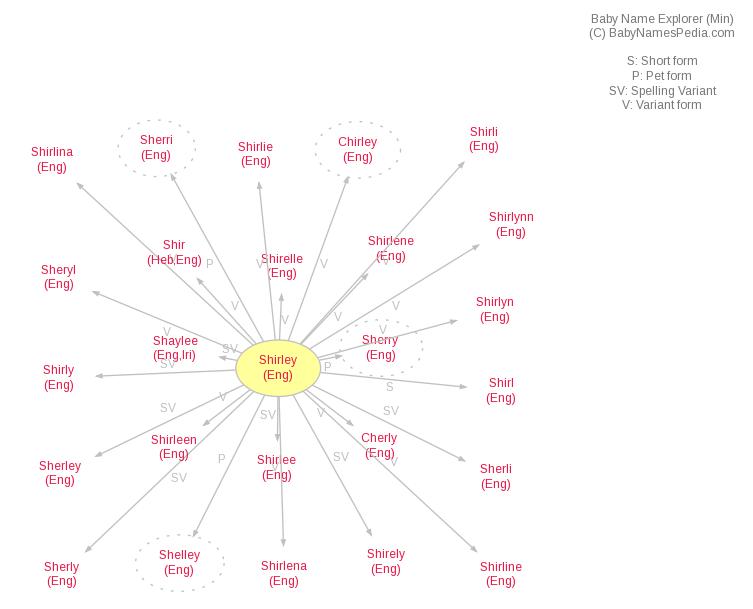