What does Shonda mean?

[ 2 syll. (s)hon-da, sh-o-nda ] The baby girl name Shonda is pronounced -SHAAND-ah †. Shonda's language of origin is Old Provençal, Sanskrit, and English-American. It is predominantly used in the English language. The name is possibly a combination of the names Shona and Rhonda.

In addition, Shonda is an English form of the Dutch, English, and French Chantal.

Shonda is also a form of the Irish, Scottish, English, Gaelic, Hebrew, and Indian Shona.

Variant forms inherit the origin and meaning of the name Shonda.

Shonda is a rare baby girl name. At the modest peak of its usage in 1973, 0.030% of baby girls were given the name Shonda. It was #420 in rank then. The baby name has steeply declined in popularity since then, and is of only sporadic use now. Out of all girl names in its family, Shonda was nonetheless the most regularly used in 2018. 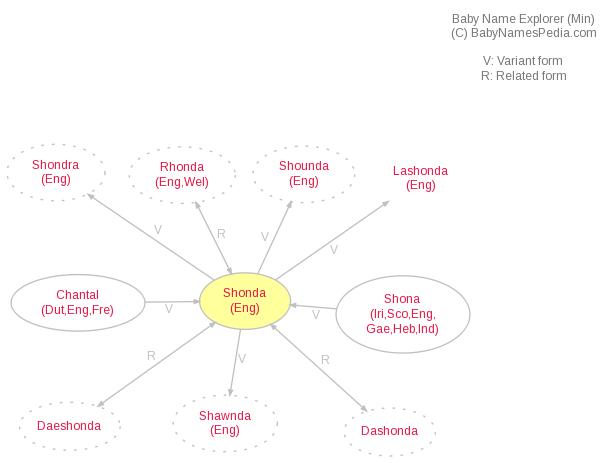