What does Sidney mean?

[ 2 syll. si-dney, sid-n-ey ] The baby girl name Sidney is also used, though less frequently, as a boy name. It is pronounced SIHDNiy- †. Sidney is of Old English and Latin origin. It is used mainly in English and French. It represents the transferred use of the geographic name and the surname as a given name. See Sidney for more information.

Sidney is a form of the English Sidony.

Sidney is uncommon as a baby girl name. At the modest height of its usage in 1999, 0.063% of baby girls were named Sidney. It was #257 in rank then. The baby name has fallen out of favor since then, and is currently of only irregular use. Within the family of girl names directly related to Sidney, Sydney was the most popular in 2018. Although Sidney is today more frequently used for baby girls, there was a period prior to 1992 when more boys were given the name. After 1993, increasingly the name became more popular with baby girls than with boys. In 2013, 41% more baby girls than boys were given the name Sidney. 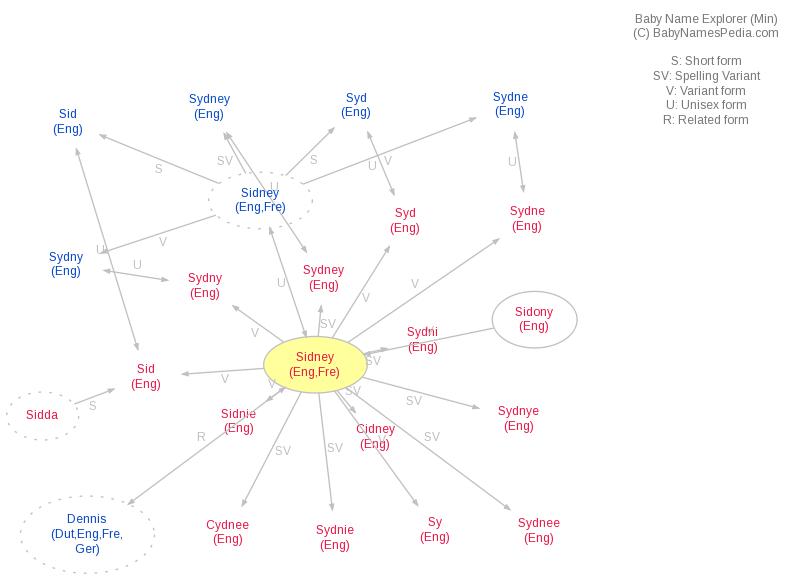