What does Siegfried mean?

[ 2 syll. sieg-fried, si-egfri-ed ] The baby boy name Siegfried is pronounced in German as ZIYK-FRiyT †. Siegfried is of Germanic origin. It is used mainly in English and German. It is a two-element name derived from sige and fridu with the meanings 'victory' and 'peace, protection, safety' respectively. The name was borne by the legendary dragon-slaying hero Siegfried in the Nibelungenlied, an epic poem in Middle High German; he was known as Sigurd in Norse mythology. It was consequently rather popular in the Middle Ages. It was later revived in the 19th century among other Germanic names, promoted also by the Richard Wagner opera The Ring of the Nibelung (1876), itself based on the medieval legend.

Siegfried is not popular as a baby boy name. It is not in the top 1000 names. 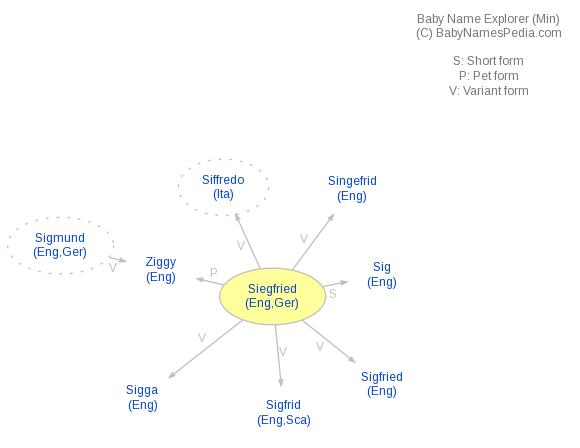