What does Sigmund mean?

[ 2 syll. si-gmun(d), sig-mu-nd ] The baby boy name Sigmund is pronounced in English as SIHG-MahND or in German as ZIYK-MuhNT †. Sigmund is largely used in the English and German languages, and it is derived from Germanic origins. The name is of the meaning victorious defender. A two-element name, it is derived from the elements 'sige' meaning victory ; 'munt' protection, protector. Segimundus (Latinized) is an original form of Sigmund. The name was borne in Norse mythology by the heroic Sigmund; his story was recorded in the Völsunga saga, a late 13th century Icelandic prose. He was also the father of Siegfried the dragon-slaying hero, and the brother of Signy. The name was later popularized through Richard Wagner's The Valkyrie, the second of four operas in The Ring of the Nibelung (1876), itself based on the medieval legend. The name was also made known from the Austrian psychologist Sigmund Freud (Shlomo Sigismund Freud, 1856-1939). The name was introduced to English speakers before the Norman Conquest; after the conquest it was again introduced but was often confused with the name Simon due to the similarity in spelling, and it soon fell into disuse. The name was again introduced to English speakers from Germany in the late 19th century. The name Sigismonda (Italian) is the female equivalent of Sigmund.

Sigmund is unusual as a baby name for boys. Its usage peaked modestly in 1912 with 0.018% of baby boys being given the name Sigmund. Its ranking then was #431. The baby name has since dropped out of favor, and is now of very light use. Among all boy names in its group, Sigmund was nonetheless the most frequently used in 2018. 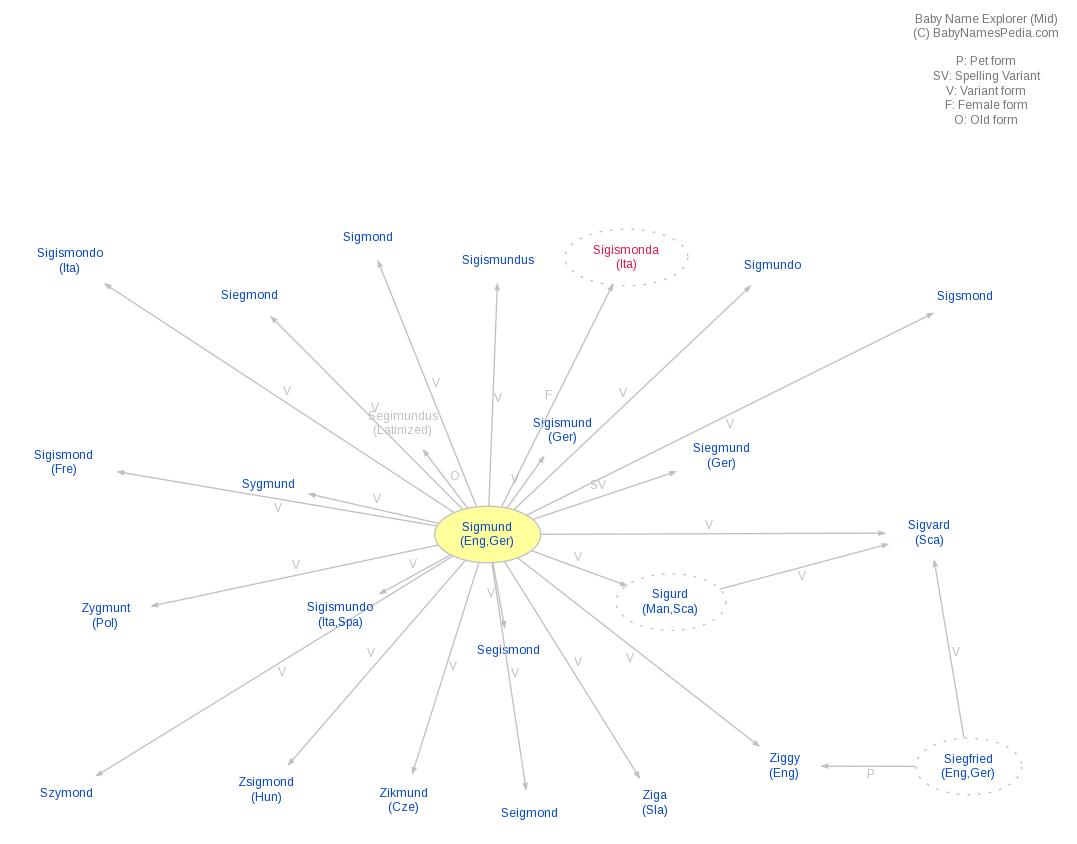